“Finding Success in Changing Times.” That sounds nice. I’ll have some of that. Sign me up!

If only it were that easy! But it’s not. Finding success in changing times doesn’t just happen, and there is no magic formula. Staying out in front of change can be a very precarious dance. 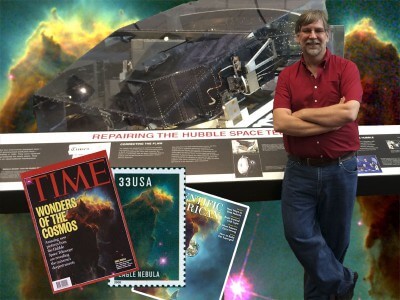 Dr. Jeff Hester standing in front of the Hubble Wide Field and Planetary Camera 2. Dr. Hester was a member of three Hubble Space Telescope instrument teams, and played a key role on the team that repaired the telescope. Time Magazine named his Hubble image, “The Pillars of Creation,” one of the 100 most influential photographs in history.

Change doesn’t play fair. It doesn’t tap you on the shoulder to warn you, and it doesn’t stop to let you catch up. To stay out in front of change you have to see it coming. Finding success in changing times is something that you have to do every single day. It has to become a habit.

You remember the lessons that you learn the hard way

It is one thing to talk about change, knowledge, risk, failure and success. It is another to live them in spectacular style with the whole world looking on. I sat in front of a computer on live national television and processed the very first image returned by the Hubble Space Telescope. That was the image that showed that the telescope was badly flawed. There is nothing quite like seeing your project become an international symbol of just how bad failure can be!

All work is custom. Contact me and we’ll explore ways that we can work together to help you find success in changing times.

With the project in crisis, I joined the team responsible for the camera that would ultimately turn Hubble from a joke into the triumph it became. It takes a lot to rise from the ashes, especially when the whole world is looking over your shoulder. Or perhaps I should say, breathing down your neck.

As anyone who has ever had to deal with that kind or pressure knows, raising the stakes and cranking up the scrutiny can make it even harder to find the right path. Buy me a beer and we can talk about how easy it would have been to fall victim to the same kinds of mistakes that crippled Hubble in the first place!

Quoting science fiction author Robert Heinlein, “Live and learn, or you don’t live long.” After 30 years of experiencing both success and failure in that high pressure, high risk world, I’ve learned a few things that I think are worth sharing.

Finding bedrock: Knowledge changes, but how to approach knowledge does not.

I’ll let you in on a little secret, just between the two of us. The world is sublimely unconcerned with what we believe, what we think, what somebody told us, or what we want to be true. 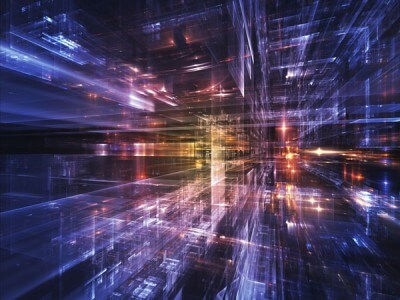 The only thing that you can be certain of in today’s changing world is that tomorrow will be different than today.

In a battle between reality and preconceptions, opinions, and desires, reality wins every time. If you can wrap your head around that fact – and I mean really understand that statement and its implications – then you are off to a good start. Because there is some really good news. In the midst of it all, there is one piece of bedrock that you can hold onto.

What you need to know is a moving target. But how to know remains the same. There is a right way to approach knowledge. There is a way to spot change while it is early enough to deal with it proactively instead of reactively. There is a way to identify the opportunities that come with change early enough to act. When you learn to stare reality in the face without blinking, change stops being a lion in the shadows waiting to pounce, and instead becomes a wave to ride.

That, in a nutshell, is what I do. Whether working as coach, giving a keynote, or sitting around a conference room table brainstorming ideas, my focus is always the same. I help clients learn how to see themselves, their organizations, and their world more clearly. I help them take control of their own knowledge, and in the process take control of the risks and opportunities that will determine their futures.

Finding Success in Changing Times  © Dr. Jeff HesterContent may not be copied to other sites. All Rights Reserved. 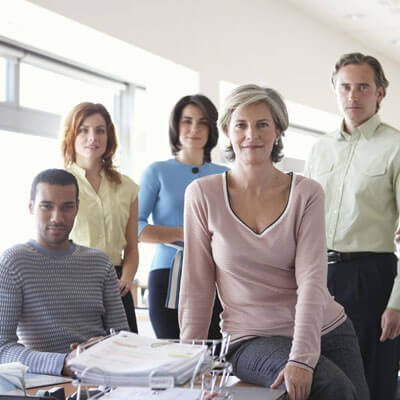 Professionals have a lot to gain from coaching.

The description of the dedicated academic reads, “Most likely to burn out.”