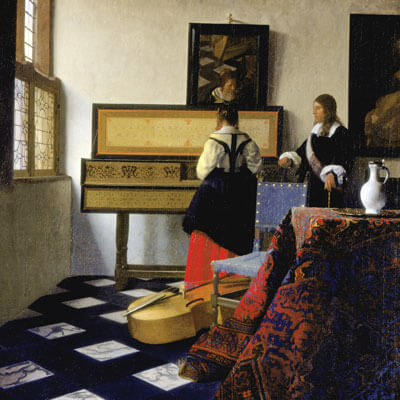 Art and Science: A False Dichotomy

Is there no beauty in truth?

Written by Dr. Jeff Hester. Modified on November 21, 2015. Posted in For Your Consideration

During the Dutch Golden Age, did Johannes Vermeer use optical devices to capture light, detail, and perspective as never before? If he did, does that make him a fraud, or instead an altogether different kind of genius?

Republished from my monthly Astronomy Magazine column, For Your Consideration.(Photo of Vermeer’s The Music Lesson from The Royal Collection, Her Majesty Queen Elizabeth II)

In 2001, a group of scholars packed into an auditorium at New York University to hear English artist David Hockney present his theory that since the Renaissance, many painters have used optics in their work. The photorealistic paintings of Dutch master Johannes Vermeer were among Hockney’s examples. To Hockney and his collaborator, optical scientist Charles Falco, Vermeer’s paintings bear the unmistakable signature of camera-like projection.

But many in the room had come not to praise Hockney for his insight, but to convict him of heresy. They were offended at the suggestion that the ineffable genius of revered artists might have benefited from anything so vulgar as lenses and mirrors. One museum curator insisted that Vermeer’s attitude had been, “To hell with physics!” Characteristically witty, writer and critic Susan Sontag likened the reliance of art on optics to the reliance of sex on Viagra.

The “Two Cultures” of Art and Science

The battle lines that day were drawn between what C. P. Snow called “The Two Cultures.” On one side are art and the humanities, expressions of the human spirit; on the other side is science, the haven of cold, dehumanizing rationality. “The Two Cultures” are stamped indelibly onto the zeitgeist of our times. 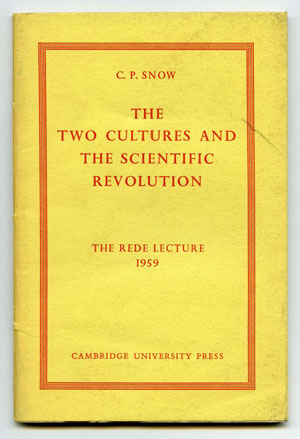 C.P. Snow’s 1959 lecture on “The Two Cultures” spoke of a chasm between science and the humanities that persists today.

Personally, I don’t get it.

Listen to conversations among scientists, and you might be surprised to catch phrases like “playing with the data,” the “beauty of an experiment,” or the “elegance of a theory.” You might hear passion about intuition or the aesthetic that guides their work.

Trade lab coats for fedoras, equations for lead sheets, and scientific jargon for the esoteric language of jazz, and you might confuse the scene with a bunch of musicians taking five during a recording session! The distinction might blur further if the discussion turned to the technical side of making and recording musical sound.

In both cases, you would be witnessing the same thing: human creativity at work.

If Art and Science are so similar, why do we think they are so different?

The notion of a gulf between and and science would have puzzled Leonardo da Vinci. He and others moved beyond received wisdom — and invented modern science — precisely by applying an artist’s creativity and careful eye to questions of how the world works.

All of which raises the question: If science and art are so similar — both human expressions of the creative drive to experience and comprehend the world — then why are they viewed so differently?

The answer lies in the jury process. Art finds its value in the subjective response of its audience. In contrast, many a beautiful scientific theory has been abandoned for the simple crime of making predictions that were incorrect.

Science can be uncomfortable because it says, “What you want doesn’t matter.” You might want astrology to work. You might want global warming to be a hoax. You can stomp your foot as much as you like and even get yourself elected to Congress. But that still doesn’t make it so. Some people have trouble accepting that. 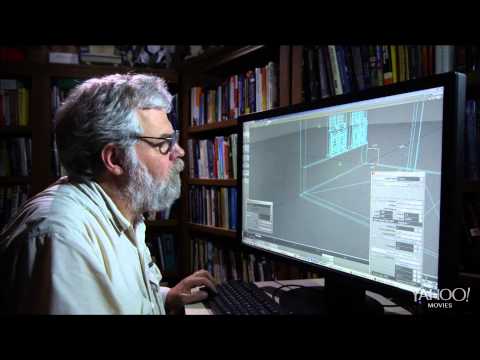 Tim’s Vermeer follows the remarkable story of a modern day inventor, Tim Jenison, as he strove to rediscover the techniques Vermeer might have used, and to paint his own version of Vermeer’s The Music Lesson.

Inventor and technologist Tim Jenison had a lot to do with bringing computer animation to the world — two Emmys’ worth. Turning revolutionary technology into revolutionary art is his life’s work. When Jenison heard about Hockney’s ideas, he was intrigued. But instead of opinion, Jenison saw Hockney’s work as a scientific theory to be tested. So he set out to do just that.

Jenison’s early experiments with a mirror on a stick grew into an obsession. After years mastering everything from polishing lenses to making his own paint, all using 17th-century techniques, it was time for his grand experiment. He would attempt to paint his own version of Vermeer’s masterpiece, The Music Lesson.

Day after day, month after month, Jenison devoted himself to the demanding and tedious work. One brush stroke at a time, he used his optical device to meticulously match pigments on canvas to light from the scene. When finished, Jenison’s painting was undeniably beautiful. It also perfectly captured the precise perspective and illumination that define Vermeer’s style.

But many in the art history community are no happier with the idea now than they were in 2001. Jonathan Jones, writing for the Guardian, pulled no punches in his scathing critique. “At last,” wrote Jones, “an art film for philistines.”

Did Jenison prove that Vermeer invented and used a forerunner of modern copy cameras? No. But Jenison did successfully demonstrate an optical method that would have allowed Vermeer to produce the unique works of art that continue to marvel us to this day.

Immersed in the scientific and artistic excitement of the Dutch Golden Age, if Vermeer did invent such a powerful technique, why wouldn’t he have used it?

I enjoyed Tim’s Vermeer. At last, a film about science and art for those who insist they are two sides of the same coin.

Note added after publication: Vermeer was born on October 31, 1632, exactly one week after the birth of the father of microbiology, Antonie van Leeuwenhoek. Not only did the two live a few hundred feet apart and grow up sharing the same streets, but van Leeuwenhoek is thought to have posed for Vermeer.

Van Leeuwenhoek used the newly discovered principles of optics to transform our understanding of life. Is it such a stretch to imagine that his friend Vermeer employed those same principles to transform artists’ approach to realism and perspective? For further reading, see Laura Snyder’s new book, Eye of the Beholder: Johannes Vermeer, Antoni van Leeuwenhoek, and the Reinvention of Seeing.

Art and Science: A False Dichotomy ^ Is there no beauty in truth?  © Dr. Jeff Hester
Content may not be copied to other sites. All Rights Reserved.