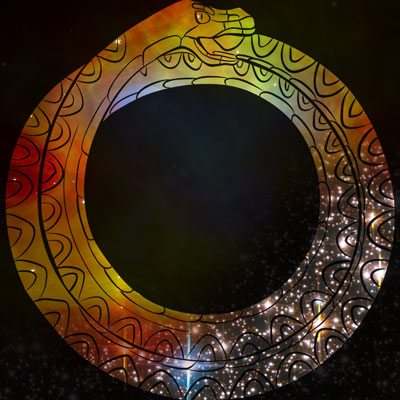 The Ouroboros of today’s physics

Written by Dr. Jeff Hester. Modified on January 20, 2016. Posted in For Your Consideration

The Cosmos itself is the ultimate high energy particle physics experiment.

Space is big. Really big. You just won’t believe how vastly, hugely, mind-bogglingly big it is. I mean, you may think it’s a long way down the road to the chemist, but that’s just peanuts to space.” – Douglas Adams, The Hitchhiker’s Guide to the Galaxy 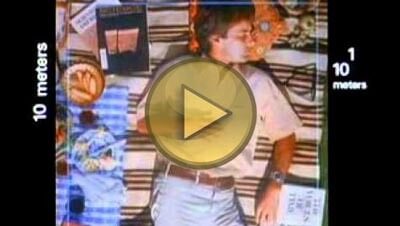 The December 2015 issue of Astronomy Magazine follows the journey taken in the 1977 short film Powers of Ten outward into the cosmos. Twenty-six powers of 10 separate the scale of the observable universe from the scale of the room that likely surrounds you as you read these words. Yet the trip outward is only part of the story. Instead of adding zeros to the left of the decimal point, we can add zeros to its right, taking us into an ever more microscopic realm. Each journey is as extraordinary as the other.

Moving inward and moving outward through 61 powers of ten

Expanding our cosmic scope by four additional powers of 10 swallows the Kuiper Belt and many of the hundreds of billions of comets that surround the solar system. Stepping in by four more levels brings us to atomic nuclei, with densities a hundred billion times that of water.

The 61 powers of 10 spanned by today’s physics goes well beyond those discussed in 1977. One of the most profound discoveries of the last 40 years is that as we push to extremes in each direction, the snake eats its own tail!

Science advances when theories start to fail, but some theories prove very hard to break.

Fundamental advances in science typically do not happen because of a theory’s continued success. Breakthroughs come when the predictions of an important theory start to fail. Maxwell’s theory of electromagnetic radiation predicted that objects of even modest temperature should glow intensely with ultraviolet light. Sorting that out along with another “oops!” or three pointed the way to quantum mechanics. 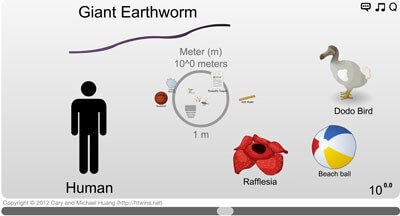 Explore the scales of the universe on this fun interactive page. (Source: Cary & Michael Huang.)

After 200 years, the success of Newton’s physics had led some to declare that nothing remained of science but mopping up a few loose ends. All that gave way to relativity because a simple experiment failed to find expected variations in the speed of light.

The failed predictions of a powerful, successful theory are nature’s way of telling us where there are new things to learn. So it can be really frustrating when a theory stubbornly persists in making correct predictions. Such is the case with the standard model of particle physics. For four decades physicists have pushed on their particle accelerators, trying to break through to physics beyond the standard model, and for four decades they have failed.

Yet there are cracks in the edifice of the standard model. Those cracks were revealed not by particle accelerators, but by observations of the cosmos.

Challenges to particle physics have come from the cosmos moreso than particle accelerators.

Cosmology presents even deeper challenges. The standard model is a resounding success but for the niggling fact that between dark matter and dark energy, the standard model accounts for less than 5 percent of the stuff of which the universe is made. And when particle physicists use quantum field theory to try to explain dark energy, they get the wrong answer by 120 powers of 10. That has to go down as the worst prediction in history! Finally, it is Big Bang cosmology that breaks our understanding of gravity by squeezing it into too small a quantum box.

The cosmos itself is the ultimate particle physics experiment.

Powers of Ten was made to highlight the vast range of physical scales in the universe. But as the frontiers of cosmology and the frontiers of particle physics merged, our perspective on scale has changed. Viewed from one direction, the structure and fate of the universe hinge on as yet poorly understood particle physics beyond the standard model. Viewed from the other direction, the Big Bang is the ultimate high-energy accelerator, and the cosmos itself is the debris that we have to study from that most extreme of all particle experiments.

Big Meets Small ^ The Ouroboros of today’s physics  © Dr. Jeff Hester
Content may not be copied to other sites. All Rights Reserved.