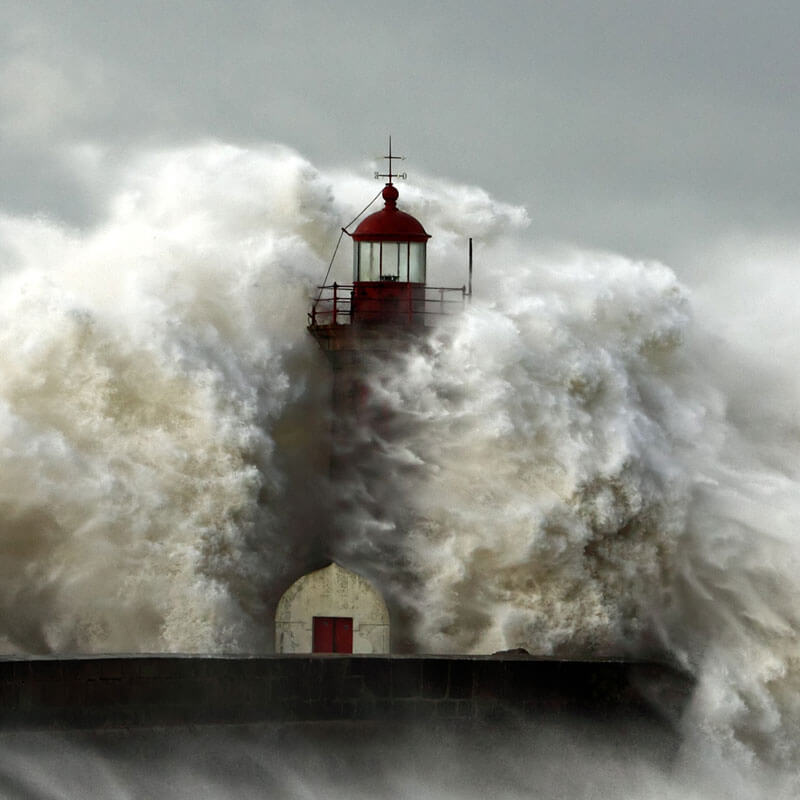 The Quandry of Unpredictability

Chaos, climate and an unpredictable future

Written by Dr. Jeff Hester. Modified on April 1, 2017. Posted in For Your Consideration

Chaos is a sticky wicket for science. There are things a correct theory like climate change cannot predict, but there are a lot of things that it can. It’s important to understand which is which.

In the 1950s, atmospheric scientist Ed Lorenz was using the rapidly growing power of digital computers to try to forecast the weather. What he discovered was that if he changed the way he set up a model by even the tiniest amount, the model would diverge exponentially until it bore no resemblance to the previous result.

Lorenz named this phenomenon “chaos.” But after his 1972 paper, “Predictability: Does the flap of a butterfly’s wings in Brazil set off a tornado in Texas?”, chaos got a new name. The “butterfly effect” was born.

Weather forecasts will get better, but they will never get good. 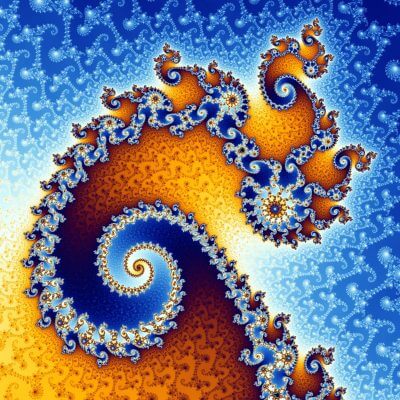 Fractals like the Mandelbrot set embody chaos. Like weather, change things by the tiniest amount, and the outcome changes wildly. But like climate, clear and predictable patterns still emerge. Some predictions of correct theories are testable, but some are not. Before you draw any conclusions, you have to understand which is which.

The thing about chaos is that we just have to live with it. Don’t get annoyed at meteorologists when your weekend plans are ruined by unexpected rain. It’s not their fault. They have sound theories, good data, and some of the best computers on the planet. But weather is chaotic, which means that even if they do everything right, there’s a good chance that Thursday’s prediction will get Saturday wrong.

As goes weather, so goes climate. It hardly seems like a big deal if the ocean is a tiny bit warmer along a narrow strip of the eastern equatorial Pacific. But Earth’s climate is chaotic, and the planet notices this El Niño warming. That strip of warmer water strengthens atmospheric convection. Wind patterns change. Shifting global circulation interacts with continents, mountain ranges, and ocean currents in new ways. Weather patterns shift radically across the globe.

Before you know it, droughts, floods, and consecutive hottest years on record cause crop failures the world over. The economic impacts reach many billions of dollars. The human impacts are worse, as disease spreads and tens of millions of people face food and water shortages. Political unrest topples nations. Can we truly point to a patch of warm water as the cause? Can we prove that it’s not?

Well, OK. Maybe it’s not so cool if you care about things like how civilization is getting along or how many people are going to starve this year. But the fact that you can change things by a tiny amount and create such havoc is undeniably fascinating.

From Jupiter’s Great Red Spot to the ebb and flow of rush-hour traffic, chaos is everywhere. That poses a real challenge for science. The foundation of scientific knowledge is testing the falsifiable predictions of theories. But what do you do when a correct theory, correctly applied, still makes incorrect predictions?

Again, weather and climate are good examples. As Earth follows its orbit around the Sun and the seasons change, Earth’s climate responds to the changing thermal balance. As Earth approaches the summer solstice, it is hotter in the Northern Hemisphere and cooler in the South. Jet streams shift. Monsoons come to India. Higher ocean temperatures in the subtropical North Atlantic fuel tropical storms.

Those are testable predictions of climate models.

What you can’t do is reliably predict when storms will occur or exactly how much rain will fall. Models might predict July temperatures, but if a heat wave fails to materialize, that doesn’t mean that the models are wrong. 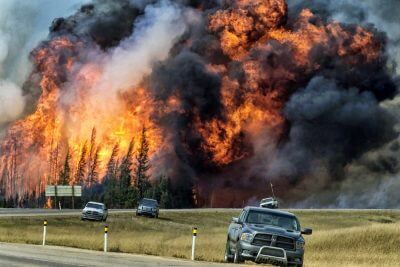 The devastating Fort McMurray wildfire in Canada, which raged throughout early summer 2016 across 1.5 million acres. Climate models will never predict fires like this, but they can predict that the conditions for such fires will get more and more common.
Chris Schwarz/Government of Alberta

What we can predict about climate change makes what we can’t predict all the more frightening.

When it comes to climate chaos, the object lesson from El Niño is simple. Sometimes you don’t have to tickle the Earth system much for all manner of change to break loose.

Which brings us to climate change. What can we say about climate change, and what is unpredictable, even in principle? As I’ve written before, the physics of global warming is dead simple. More carbon dioxide in the atmosphere changes Earth’s thermal balance. From decade to decade, the temperatures of the ocean and atmosphere are climbing. There is more water vapor in the air to power extreme weather. As ice cover decreases, the dark exposed waters of the Arctic Ocean absorb more heat from the Sun, changing weather patterns in the North.

Those are all testable predictions that climate models get right. But as for the chaos that follows, that is impossible to predict, or to plan for. If increasing the temperature of a small part of the Pacific by a couple of degrees can create global havoc, what might happen if we change the temperature of the whole planet by that much or more?

All that we can say for certain is that change is coming, and we’d better hold onto our hats! 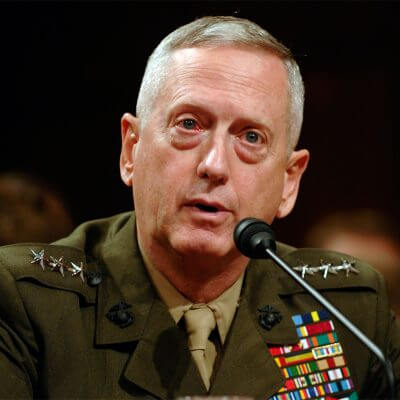 The new Administration denies the reality of climate change and is gutting programs to study climate change and mitigate its effects. But people who have to face its consequences know better. Defense Secretary James Mattis calls climate change a national security threat that is already destabilizing the world.

“Alternative Facts” and a Bleak Future

I’ve written about the politics of climate change denial before. But since this article was published, the political landscape surrounding climate change has deteriorated in almost unimaginable ways. Wanting the issue of climate change to just go away, Conservative politicians have made climate change denial a cause célèbre. As I write, the new Administration and their allies in Congress are taking radical action not only to roll back efforts to control the CO2 emissions responsible for global warming, but to destroy the ability of scientists to study global warming at all. Trump has launched a blitzkrieg in the wars on science and Earth’s climate.

Climate change deniers use the confusion between testable and untestable predictions of climate models to create an appearance of controversy where none exists. (They also do an awful lot of plain old lying through their teeth!)

The reality is that climate change is an existential threat. Even so, Senator Jim Inhofe claims that the existence of snow “proves” there is no climate change, while new officials like EPA chief Scott Pruitt and Secretary of Energy Rick Perry decry climate change as fake.

But Trump’s Defense Secretary James Mattis – a man has to deal with reality rather than politically expedient “alternative facts” – knows otherwise. General Mattis understands that climate change is already destabilizing the world.

Skeptical Science is a good site to follow the science of global warming and climate change.

The Quandry of Unpredictability ^ Chaos, climate and an unpredictable future  © Dr. Jeff Hester
Content may not be copied to other sites. All Rights Reserved.

COVID-19: Cutting through the confusion

It's time to step back from the misinformation and the spin. When looking at COVID-19 and the future, start with what the science really says.