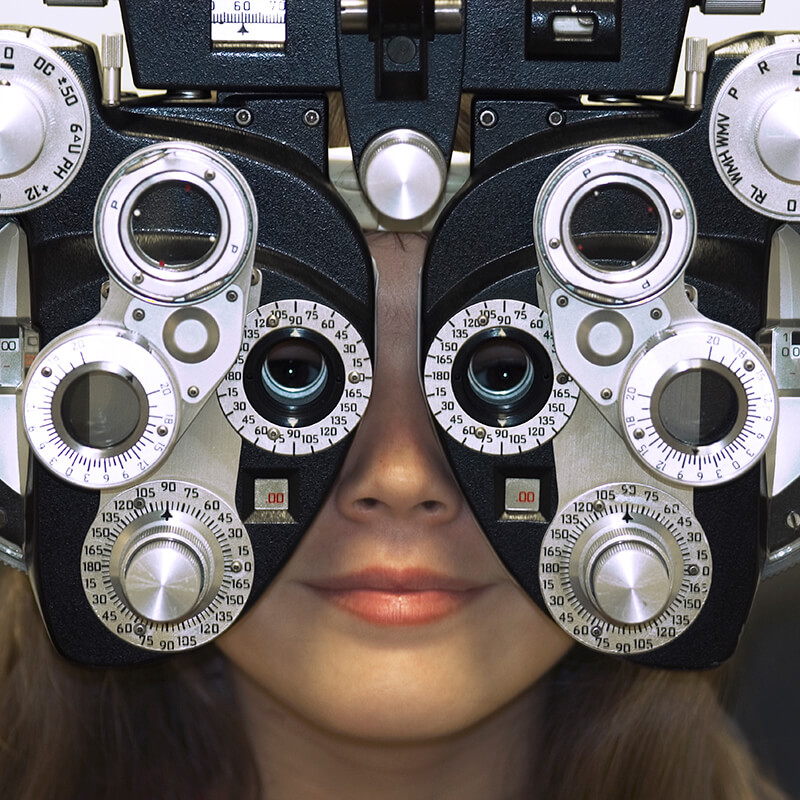 How the brain uses science to perceive the world

Written by Dr. Jeff Hester. Modified on April 2, 2019. Posted in For Your Consideration, Unreasonable Faith

The unique worlds we each consciously inhabit – the only worlds we will ever experience – are constrained hallucinations, products of hypothesis testing by our predictive brains.

Our perceptions are the constrained hallucinations of our predictive brains.

As cognitive scientists dig deeper into the workings of the brain, they have discovered that the world of our perceptions — the only world we ever consciously experience — isn’t a direct representation of external reality at all. Instead, it is a cartoon world of sorts, constructed from the inside out. According to Anil Seth, co-director of the Sackler Centre for Consciousness Science, “Your brain hallucinates your conscious reality.” 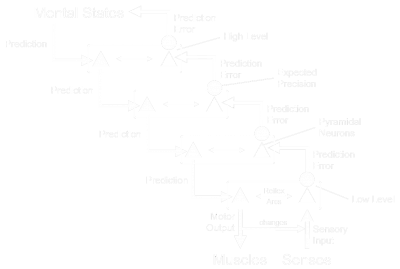 Predictions and errors move in opposite directions through the many layers of neural hypothesis testing that separate the constrained hallucinations of our perceptions from objective physical reality. (Source: mindcoolness.com.)

Seth refers to the brain as a “prediction machine” that maintains its own internal model of what is going on beyond the borders of consciousness. It uses that theory of the world to make predictions about future information from the senses, then compares those predictions with sensory data as it arrives. When the two agree, all is well. But when sensory data don’t match the brain’s predictions, the neural circuits that build our consciousness shift into high gear resolving the differences.

When predictions and data disagree, your brain does the obvious thing: It makes a best guess. Cognitive scientists speak of the Bayesian brain in reference to Bayes’ theorem for inferring probabilities from a combination of data and prior knowledge. Ultimately your brain modifies its model of the world until predictions again agree with sensory data.

This process takes time; perceptions lag a few hundred milliseconds behind actual events. The things you consciously experience happened awhile ago, but you don’t perceive them until your brain incorporates them into its internal model.

Our brains evolved the hypothesis testing of science.

All of that sounds kind of familiar. Or at least it should sound familiar if you’ve read many of my columns or remember the scientific method from high school. Perception is a product of hypothesis testing. The process we use to perceive the world is for all intents and purposes a restatement of Karl Popper’s description of how falsifiable predictions are used to test scientific knowledge.

In short, we perceive the world via a biologically evolved implementation of Popper’s epistemology of science. Pardon me for using the vernacular of my youth, but far out!

The parallels between conscious perception and scientific knowledge don’t stop there. Scientific theories don’t just appear out of the blue. Theories get their start when people observe phenomena in the world, then scratch their heads about just what might be going on. Similarly, a brain’s perceptual model doesn’t spring fully formed from nowhere. The mental model used to generate your conscious experience is built up through a lifetime of learning, exploration and discovery. 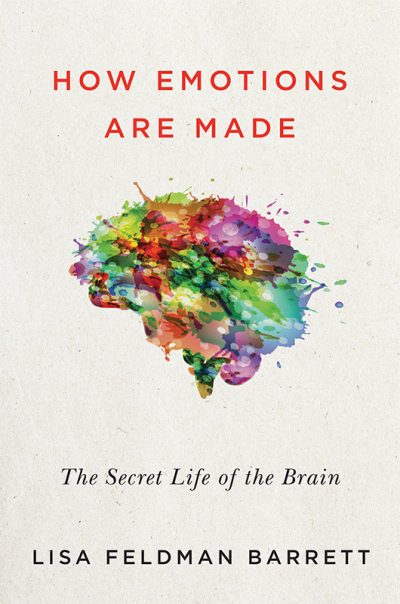 “How Emotions are Made,” by neuroscientist Lisa Feldman Barrett, examines how our constructed emotions, like the rest of our conscious experiences, are shaped more by our own ideas and expectations than by events in the world.

As infants we have to learn to perceive the world.

If you are a parent, you have seen this remarkable process at work. A newborn baby is awash in sensory information. Light sensitive cells in her eyes fire. Her ears turn sound waves into neurological signals. But watch her look around. She detects motion, which generates the most basic type of difference signal there is. She also sees faces and recognizes voices. Those are so important to humans that evolution hard-wired them into the brain’s neural networks.

But your newborn daughter doesn’t perceive chairs, or tables, or meaning in words. How can she? Lacking an understanding of spatial relationships, objects and their properties or the meaning of language, she has nothing to project into her perceptions! Her brain is ready to discover the world, but for now she does not even perceive a difference between herself and the rest of the world; only later will she develop consciousness of self.

The world of your perceptions is yours and yours alone.

Not all internal models of the world are equally valid, but they are unique. Since each of us has our own set of genes, knowledge, and experiences, we also have our own mental model of the world. That means that each of us consciously experiences the world differently. When a physicist and a lawyer look at the world, they don’t just understand things differently; they consciously perceive things differently! A hundred people might occupy the same physical room, but consciously they inhabit a hundred different rooms that might bear little resemblance to each other.

There is a thought for you. We all share the same objective reality. But the nature of the world you consciously experience, constructed by your brain using the same approach to knowledge that powers science, is yours and yours alone. Who knows? Maybe reading this column will modify your internal model enough to change your conscious perception of your conscious perceptions themselves!

Constrained Hallucinations ^ How the brain uses science to perceive the world  © Dr. Jeff Hester
Content may not be copied to other sites. All Rights Reserved.