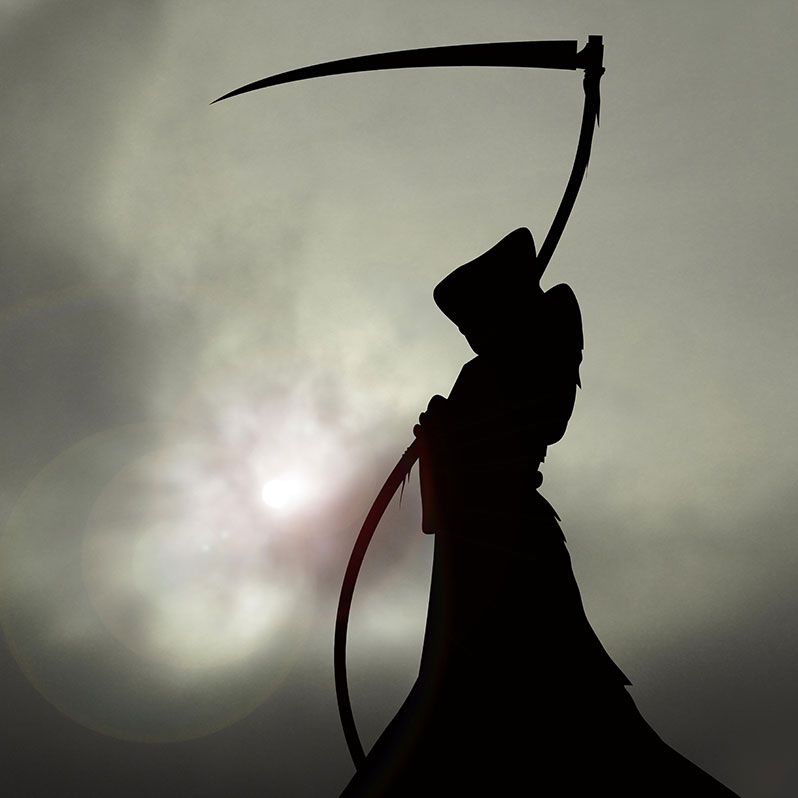 There once was a man who jumped out of an airplane. It took him a while to realize that saying “I’m not falling” wasn’t working, but eventually he did open his parachute.  Sure enough, the parachute slowed him down.  But the parachute wasn’t comfortable.  So reasoning that the fact he had slowed down meant that everything was OK, he reached up and cut the parachute free.

When we reopened anyone with a brain knew what was going to happen, or at least should have.

My wife is an elementary school principal, and between kids, grandkids, and a long history of activism we are heavily invested in the Arizona education system. Perhaps it is no surprise, then, that education — specifically reopening schools in the fall — was on my mind when I sat down to take a serious look at the implications of the recent upturn in cases in Arizona. 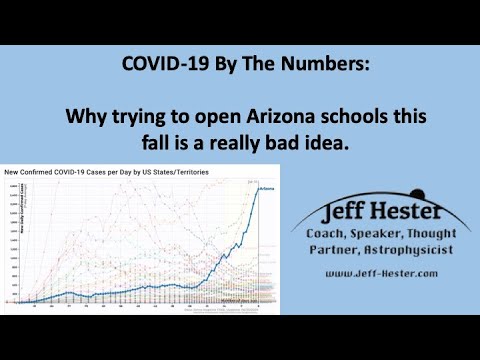 Plans to open Arizona schools in the fall rely on the assumption that August 2020 is going to look pretty much the same as June 2020. Nothing could be further from the truth. As of June 24, COVID-19 cases in Arizona have been growing exponentially for several weeks. Currently the daily number of new cases is doubling every week.

Dystopian is an understatement.

That exponential growth can be seen not only in case numbers, but in hospitalizations and ICU bed usage. As of this writing, ICU beds in Arizona are already 90% full, which means Arizona’s healthcare system is about to be overwhelmed. What is going to happen when the demand for ICU beds is two or three or four times the available supply? I can’t picture that in my head, but it won’t be pretty.
The numbers I get from fitting current exponential growth are in pretty good agreement with recent models published by the Modeling Emerging Threats to Arizona team at ASU. Even if transmission miraculously declined abruptly, it still looks like at least 1.5% of the population of the state will be infected on the day schools are supposed to open. That means that teachers and staff would have to go to work and spend their days in close contact with students knowing that there are likely dozens of carriers of COVID-19 on campus.

I wouldn’t want to walk into a classroom this fall. Would you?

Schools are not just any environment. Quoting the June 16 Wall Street Journal article, “How Exactly Do You Catch Covid-19? There is a Growing Concensus:” “…the major culprit is close-up, person-to-person interactions for extended periods. Crowded events, poorly ventilated areas and places where people are talking loudly—or singing, in one famous case—maximize the risk.”
Close-up, person-to-person interactions, extended periods of time, poorly ventilated areas, loud talking, singing… If that is not a perfect description of a classroom, it is unclear what would be.
There is no way to responsibly send faculty, staff and students into such circumstances. In addition to the health risk to those at the school, schools would without question become spreading centers with a large preponderance of young, asymptomatic carriers. The consequences for the community as a whole would be dire. If schools open in August for face to face classes, many people will die as a result. Most of those people will never have set foot on a campus and will never know that the chain of infection that got them ran through a school. 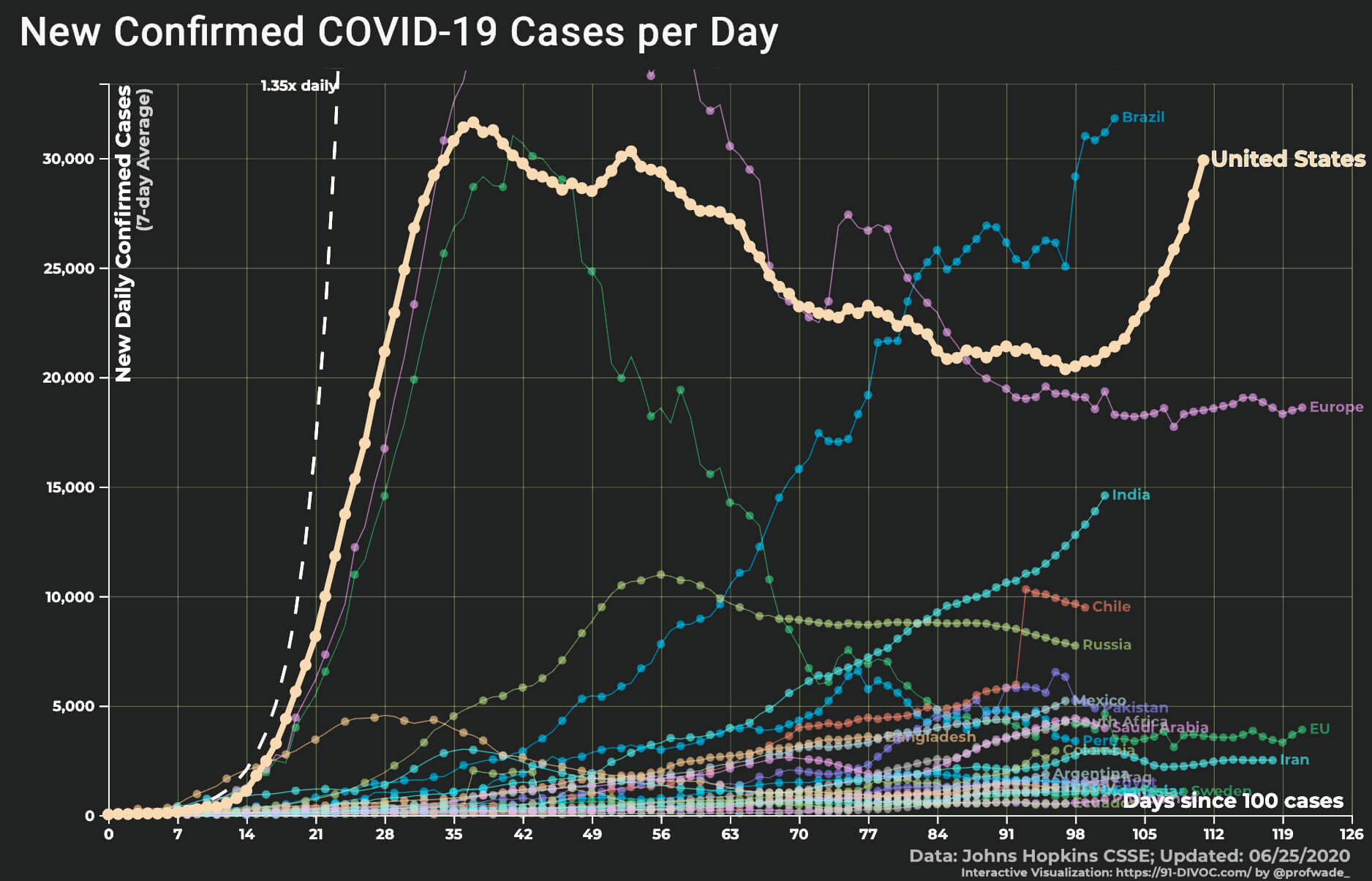 New COVID-19 cases in the US as of June 25, 2020. The exponential growth in Arizona and the impending humanitarian disaster is a microcosm of the nation as a whole.

Arizona is the Pathfinder

This post focused on schools, because that is what was on my mind, but it could have equally as well focused on countless other issues. And of course it is not just Arizona. Several other states are following closely on Arizona’s heels, including the very populous states of Texas and Florida. As for the nation as a whole, that same exponential is there. New cases across the US are currently doubling every 20 days.  Strangely, when New York had its crisis it was actually lucky. It went first, which meant that personnel and resources from across the country streamed in to help. But who is going to come help Arizona, or Oklahoma, or California when the medical system is overwhelmed coast to coast?
How many in Arizona will die? Unless we change direction soon, that number could easily be 50,000 or higher. How many Americans will die? That number could easily be well over a million. This did not have to be this way. Had Federal leadership – No, that is a euphemism. We are beyond euphemisms.
Had Trump and his enablers been less worried about his poll numbers and their wealthy cronies, and more worried about the people who make up the nation, none of this would have happened. We knew it was coming. We had all the time in the world to act. And then after we finally sort of started to do something but not really… the polls! the Dow! the Base!
But what about the dead?

COVID-19 Arrives ^ The Humanitarian Disaster is Here  © Dr. Jeff Hester
Content may not be copied to other sites. All Rights Reserved.