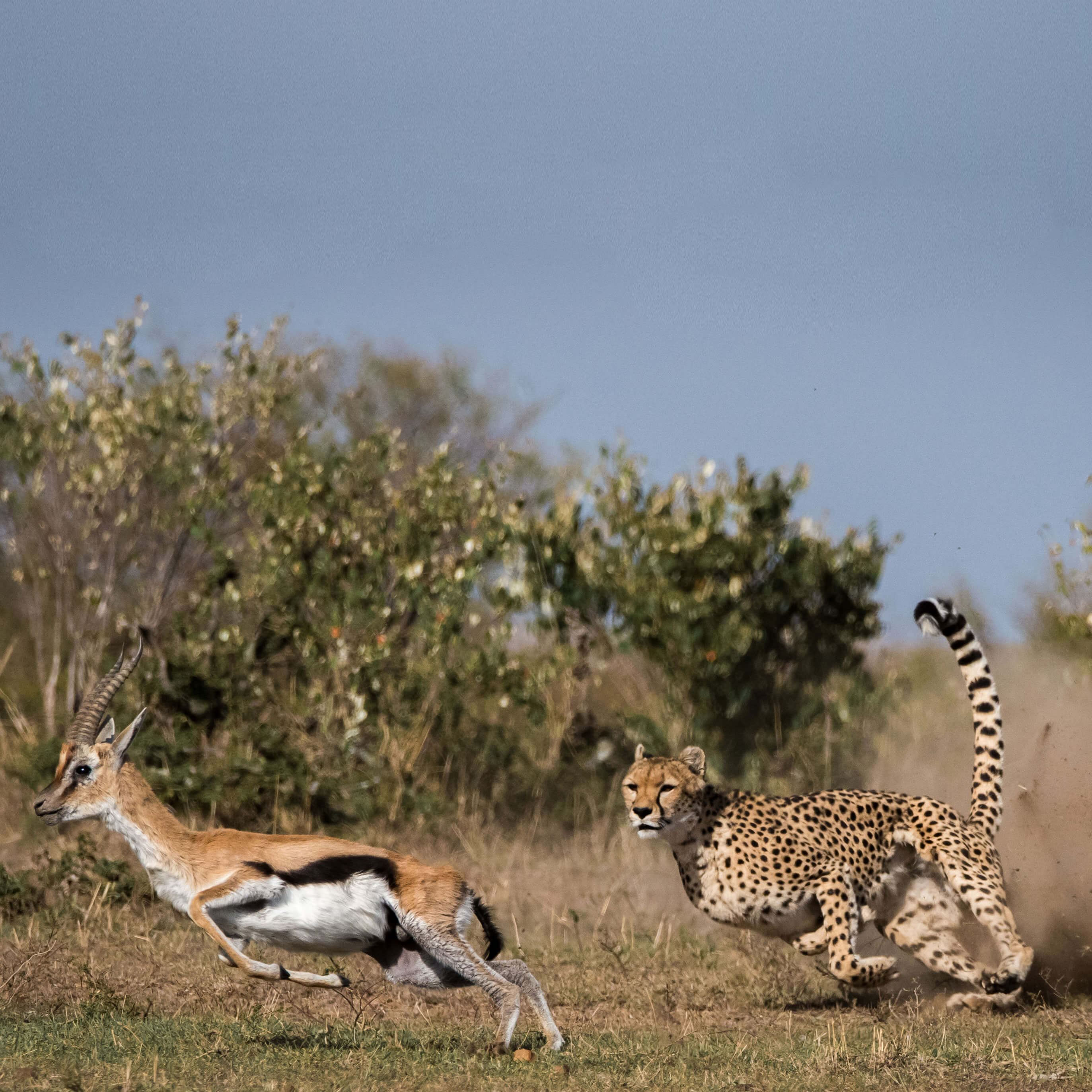 A strong fight-or-flight reaction served our evolutionary ancestors well. If the leopard catches you, that’s it! But today a visceral response to a not-so-mortal threat seldom improves things. If you want to get a handle on those intense, counterproductive bouts of emotion, start by understanding where fight-or-flight came from in the first place.

Suddenly your heart starts to pound. Your breathing speeds up and you feel a knot in your stomach. Your mouth goes dry. You stop hearing things. You have tunnel vision, and your sense of pain diminishes. Energy-rich blood rushes to your muscles, preparing them for action. There is anxiety, tension, and perhaps even panic. We all know the feeling. And we all know that when we feel that way, things aren’t likely to end well. 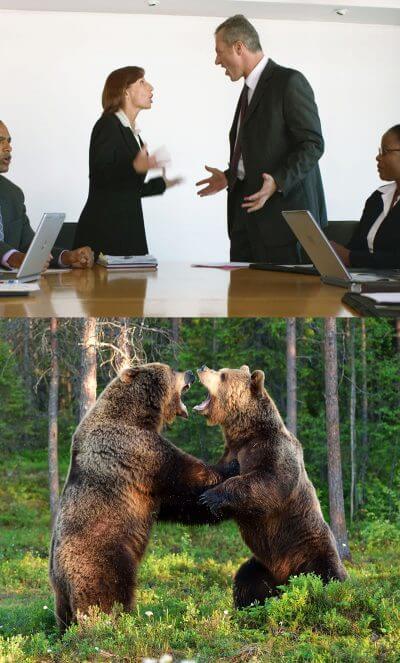 It’s amazing how little real difference there is between the two images above. Our fight-or-flight response evolved long ago, in a time when life-or-death threats were a daily part of life. For better or quite frequently for worse, we still carry that evolutionary legacy with us today.

When facing a threat, your brain knows just what to do: Run back to the savanna where it evolved.

In that moment your brain isn’t in the 21st Century anymore. It is back in a world that existed millions of years before the first hominids walked the planet. In that world our remote animal ancestors faced sudden life or death situations as a common feature of daily life. When those moments came, an animal had to react instantly and couldn’t afford to hold anything back. That is the evolutionary hearth within which our brains were forged. We still carry that legacy with us today.

Returning to the present, there you are, heart beating out of your chest. Your sympathetic nervous system is on fire. You unconsciously flex your fists and the veins in your neck bulge, all in anticipation of immediate, intense, decisive, physical action!

But you aren’t facing a predator on the savanna. You are in a meeting at the end of a long, stressful day, going toe to toe with a coworker. That’s hardly an appropriate time for the physical violence your body and mind are ready for…

Evolution has given you a finely tuned brain with finely tuned reactions. But a lot of that fine tuning was for a very different time and place. Just at the moment all of those evolutionary adaptations to a world long gone are doing a lot more harm than good.

Stress, anger, jealousy, or just a harsh word in the office: Social threats trigger fight-or-flight, too.

Reactions like these go by a lot of names; “Acute Stress Response” is one. “Hyperarousal” is another. I prefer the term fight-or-flight because it vividly and correctly calls to mind our evolutionary past.

Fight-or-flight started as a response to physical danger. But as our ancestors’ lives became more socially complex, evolution repurposed that same existing machinery to respond to social threats as well. Have you ever wondered why something as simple as missing a work deadline or a coworker’s harsh words can have such a devastating impact? A social threat or failure can feel as immediate and life-threatening as a predator coming at you at a run because as far as the alarm circuits in your brain are concerned, that is exactly what is happening!

An ancient structure in your brain decides when to sound the alarm.

Fight-or-flight is controlled by a couple of walnut-sized structures jointly called the amygdala, buried down deep down inside the brain. The amygdala keeps an eye on what is going on, and sounds the alarm when it perceives threat. 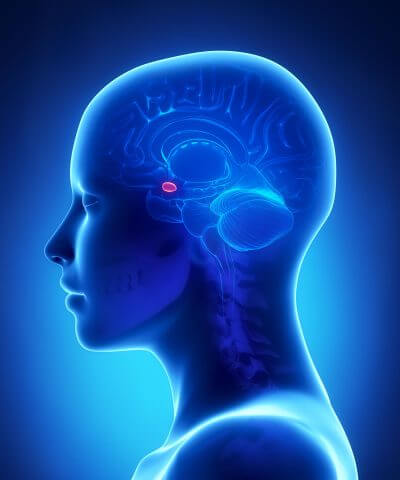 Our fight-or-flight response to threats of all kinds is controlled by two small structures deep in our brains, jointly called the amygdala (or more properly, the amygdalae). When activated, the amygdala inhibits reasoned thought. But that inhibition works both ways. Orderly thought also calms the amygdala.

Fight-or-flight is fast! It reacts over ten times faster than conscious awareness, much less conscious response. Have you ever been driving a car and swerved to avoid something before you even realize it was there? Or perhaps you’ve ducked your head suddenly, only later realizing that a baseball missed you by inches? Thank your amygdala. It takes roughly a third of a second for something to reach your conscious awareness. But the amygdala knows about a threat and responds in as little as a fiftieth of a second!

The amygdala also helps produce intense and long-lived memories. If you survived a mortal threat once, you don’t want to forget how you got yourself into trouble or how you got out. Those memories just don’t go away. That is why you still wake up at night in a cold sweat, remembering just how embarrassing it was last year when you accidentally sent that email about the boss’s ridiculous toupée to the whole office!

(As a fascinating aside, there are a number of therapeutic and even experimental pharmacological techniques that take advantage of the vulnerability of recalled memories to erase the fear memories responsible for irrational phobias or treat disorders like PTSD.)

When fight-or-flight turns on, the thinking part of your brain turns off.

The amygdala doesn’t stop with sounding the alarm and laying down some indelible tracks in your memory. Back to the Pleistocene, it’s a bad idea to stand around over-thinking things when a leopard jumps out of the bushes. Delay and uncertainty could prove deadly, removing you from the gene pool in sudden and effective fashion. So when the amygdala sends the body into fight-or-flight, one of the things that it does is suppress the parts of the brain responsible for emotional control, value-based decision making and rational thought. As a result, just as you feel an overwhelming need to lash out, your Emotional IQ falls through the floor.

In short, as soon as you get your hackles up, you literally – neurologically – become incapable of thinking straight, and there isn’t a damned thing that you can do about it! All of this is happening in parts of your brain that are outside of your conscious control. You are going to take the ride, whether you want to or not.

(Start with the amygdala. Add the compromised decision making and emotionally disinhibiting effects of alcohol to the socially and sexually charged atmosphere in a club. Is it any surprise that bar fights are a thing?)

To deal with fight-or-flight, think! Think about anything. Just think!

Fortunately we aren’t defenseless in the face of fight-or-flight. Back to the Pleistocene, if you are watching the leopard in the bushes, planning how you are going to respond, your brain doesn’t have to send you into flight-or-flight in the same way. You will certainly be in a heightened state of arousal. But the thinking part of your brain can assure the amygdala, “it’s OK, I’ve got this,” leaving you free to think and decide rather than just react. 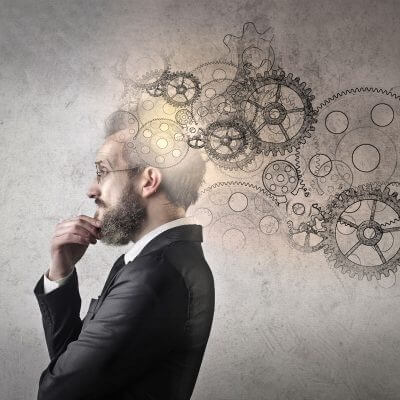 Using the thinking and value-based decision-making parts of your brain inhibits the amygdala, preventing or soothing a fight-or-flight response. The best guard against fight-or-flight is metacognition. Be thoughtful. Be mindful. Be self-aware. Just think!

So, just as fight-or-flight can shut down the higher brain, the opposite is also true. Calm, focused thought inhibits fight-or-flight. You can’t consciously turn fight-or-flight off like a light switch, but just by thinking in an orderly manner about anything you can put your brain into a state that is less susceptible to fight-or-flight. And if fight-or-flight has already kicked in, one way out is to redirect your attention to something different and less threatening and think about that instead.

A really good thing to think about at such times is what is going on inside your own head! Observe your own mental state and look for patterns. When dealing with your own behaviors, or the behaviors of others, it helps a lot to understand something about what is going on under the hood. Metacognition – thinking about how your brain works – is a powerful tool if you want your emotions to serve you instead of you serving your emotions.

When dealing with fight-or-flight in others…

As a coach, I often work with clients who are facing (or who are in) fight-or-flight to one degree or another. Perhaps their focus for a session is on something that is causing them anxiety. Perhaps our conversation leads to an issue that triggers a response. Or perhaps they have had a bad day or are fresh off of an argument and show up for coaching still stressed out. Regardless, this is territory I deal with frequently. What follows are some practical insights built on the evolutionary psychology behind the fight-or-flight response. I have seen all of these work well with clients, and in daily life. 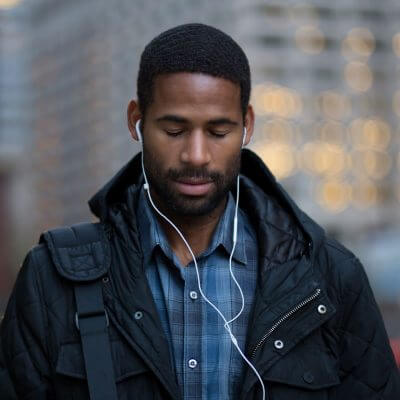 You don’t have to be sitting in lotus position in a yoga studio to practice mindfulness. Mindfulness is a very powerful metacognitive technique that can have significant benefits in high stress situations.

When dealing with fight-or-flight in yourself…

One of my major goals as a coach is to help clients find understanding and tools that let them be more productive and satisfied in their lives. Here are some approaches to managing fight-or-flight that are often successful. 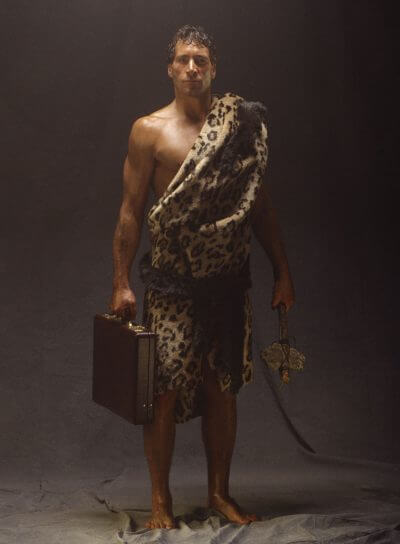 Sometimes one of the best ways to find success in the modern world is to understand the evolutionary pressures that shaped our brains. Just because the human brain grew up in the Pleistocene doesn’t mean that we have act like it still lives there.

We live in a world that is radically different from that of our remote ancestors. Even so, we still have the brains that earlier evolutionary history gave us. Learning to understand, recognize, and manage fight-or-flight as an evolved response is a powerful step toward teaching our own brains how to serve us better.

Fight-or-Flight ^ How our Pleistocene brains (mis)handle modern threats  © Dr. Jeff Hester
Content may not be copied to other sites. All Rights Reserved.