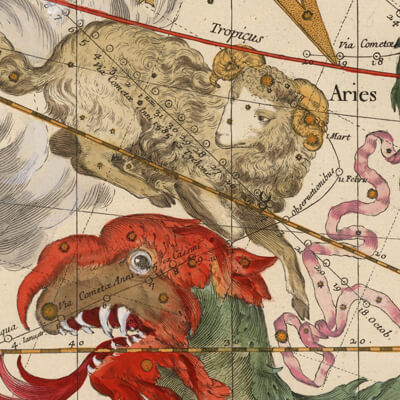 The evolving edifice of science

Written by Dr. Jeff Hester. Modified on August 17, 2016. Posted in For Your Consideration

As science has evolved from simple observation to deep understanding, each new way of thinking about the world has transformed not only science, but human society. That evolution is far from over.

Astronomy is a peculiar name for a science. In words like biology, geology, and cosmology, the second half comes from the Greek -λογία or – logia, which refers to study and divine communication. Hence the study of life, the study of Earth, the study of the cosmos — you know, science!

Astronomy, the oldest of sciences, started as the arranging of stars

Astronomy is different. Instead of “study,” astronomy derives its name from the Greek νόμος ( nómos), for “arranging.” While words like biology and geology date back only a few hundred years, the Greeks combined the root words to describe an already ancient endeavor. The oldest of sciences is ἀστρονομία ( astronomía), the arranging of stars.

And so it was going back thousands of years to the Egyptians, Sumerians, Babylonians, and Chinese. Tycho Brahe’s thousand-star catalog at the end of the 16th century built on the work of Hipparchus and Ptolemy. Today, the U.S. Naval Observatory’s NOMAD database contains more than a billion stars and is only one of hundreds of astronomical catalogs. 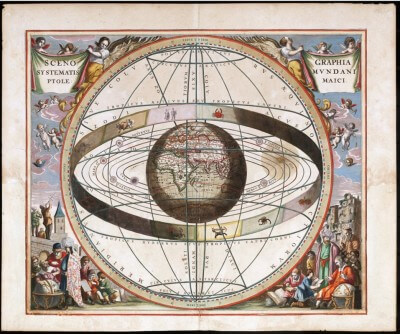 While Ptolemy’s geocentric model of the solar system lacked any explanation for why the planets should move so (and painted a completely incorrect picture of their arrangement), it was nonetheless a breakthrough in describing and predicting their motions.

Science evolved from catalogs, to description, to physical laws.

The next level of sophistication beyond catalogs — the next tier of scientific thought, if you will — involves description and prediction. Ptolemy described planets and the Sun moving in a complex arrangement of circles within circles within circles, but he offered no explanation for why they moved that way. In one sense, Copernicus’ model of planets, which included Earth moving around a motionless Sun, was a major departure from past thought. But in another sense, Copernicus’ work was kind of like Ptolemy’s. It was a description that traded slightly worse predictions of planetary motions for far greater simplicity.

Galileo Galilei’s name is synonymous with the next tier of scientific thought. In addition to turning a telescope on the heavens, the father of modern science got the ball rolling (literally) with his work on inertia, relative motion, gravitation, and the dynamics of projectiles. Galileo’s truly radical proposal was that universal laws govern the motion of all objects at all times, and that those laws can be known by humans and expressed using the language of mathematics. That shift in thinking found its most profound expression in the 1687 publication of Isaac Newton’s Philosophiæ Naturalis Principia Mathematica, Latin for “Mathematical Principles of Natural Philosophy.”

As science evolved, so too did the cultures it shaped.

Each new tier of scientific thought created a stir that went beyond science, per se. Ptolemy’s model of the heavens was a Rube Goldberg device, but it put Earth where it obviously belonged, at the center of all things. Copernicus knew he would upset that apple cart and did not relish the controversy and condemnation he correctly imagined his work would bring. So he put off publication of his masterwork until late in life. De revolutionibus orbium coelestium was not published until 1543, the year of his death.

Galileo was among those who really caught the brunt of the reaction to Copernicanism. Granted, he probably should have known better than to put the ideas of the pope into the mouth of a buffoon named Simplicio in his popular Dialogue Concerning the Two Chief World Systems. Regardless, he stood before the Inquisition, was forced to recant his heretical notions, and spent the last years of his life under house arrest. 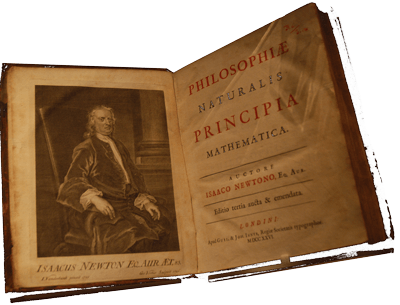 Isaac Newton’s Principia Mathematica is the book upon which the modern world is built. Each new advance in how science views the world has reshaped civilization.

We don’t need to look to records of a trial to see the profound impact of the next tier of scientific thought. The advent of knowable, mathematical natural laws is the grand idea behind what we think of as the Scientific Revolution. Here is what made modern technological civilization possible. It also led to shifts in political and philosophical thought reflected in a host of documents, notably the Constitution of the United States. Judged by its practical impact, Newton’s Principia is the most important book ever written, bar none.

And the beat goes on…

And so science progresses in tiers of scientific thought from observation, to catalogs, to description and prediction, to natural law. That description is obviously an oversimplification. Those tiers are not so orderly or well defined. Even so, it reasonably captures the flavor of how science has evolved over the years. So here we are today, at the summit of that evolution.

But here’s a question. Did Hipparchus know that his catalog would help shape the way humans systematize observations of nature? Did Ptolemy understand that by making testable predictions, he was laying the foundation for a new definition of knowledge? When Galileo first noticed the swinging of a chandelier, did he appreciate that he was on the verge of changing the world?

I think not. Shifts in thought obvious in hindsight happen slowly and are far harder to appreciate in the moment. A century and a half passed between the publication of Copernicus’ work and Newton’s Principia. What would it be like to live through such a shift, and how would you know if you were?

That question is not rhetorical, because I think that we are in the midst of one now.

Layer Upon Layer ^ The evolving edifice of science  © Dr. Jeff Hester
Content may not be copied to other sites. All Rights Reserved.