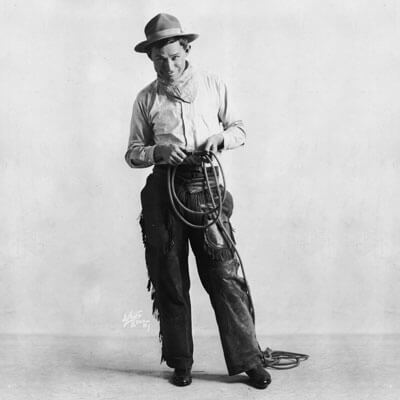 What would The Cowboy Philosopher have to say today?

It is often said that those who forget history are doomed to repeat it. Perhaps it should be added that without the voices of those who lived history, we are doomed to forget it.

Strange things happen when events pass from living memory. Will Rogers is one of Oklahoma’s favorite sons. The Oklahoma City airport is named after him. When I was a kid, we knew about the Depression, the dust bowl, and the horrible impact they had on the state. Okies were the very symbol of the human cost of corporate greed and poor environmental stewardship.

In a rational world, one would imagine that Oklahoma would be the buckle less of the Bible Belt than of the Progressive Belt. With its own past, Oklahoma should be on the cutting edge of reigning in corporate excess and confronting problems like global warming.

But that was all a lifetime ago – literally. Absent the voices of people who lived the hard reality of those times, they become so easy to forget. Were Will Rogers around today, saying the very things that once made him a hero, his fellow citizens of the Sooner state would likely ride him out of town on a rail.

“The money was all appropriated for the top in the hopes that it would trickle down to the needy. Mr. Hoover was an engineer. He knew that water trickled down. Put it uphill and let it go and it will reach the dryest little spot. But he didn’t know that money trickled up. Give it to the people at the bottom and the people at the top will have it before night anyhow. But it will at least have passed through the poor fellow’s hands.”

Oklahoma’s Favorite Son ^ What would The Cowboy Philosopher have to say today?  © Dr. Jeff Hester
Content may not be copied to other sites. All Rights Reserved.