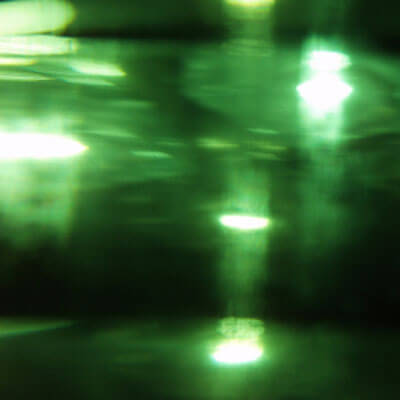 Central to my message is the fact that while much of what we think we know may be reliable, much of it is really only a W.A.G. – a wild ass guess.  The problem is that we don’t know which is which.  To make matters worse, our natural tendency is to go out there and actively reinforce those W.A.G.s!  We look for and pay attention to things that agree with our preconceptions and dismiss things that don’t.  In the process we run the risk of solidifying the very notions that might one day be our downfall.

Psychologists refer to this natural human tendency as “confirmation bias,” but I think of it by a different term:  the UFO Syndrome.  As an astrophysicist people often ask me what I think about the possibility that there is life elsewhere in the Universe.  The answer is, “Yes, there is every reason to imagine that there is other life out there and it is possible that we might even discover radio signals from a distant planet at some point.”  This answer is typically greeted with enthusiasm.  “How about that!  I knew it!  And now an astrophysicist tells me that I’m right!”

So far so good.  But when they go on to ask, “And what do you think about UFOs?,” my answer is different.  “Do aliens visit Earth, put on light shows and abduct inebriated yokels?  Almost certainly not.”  At this point the previous enthusiasm about talking to an astrophysicist vanishes.  Suddenly being an astrophysicist all but disqualifies me from speaking on the subject.  “Oh, you are just one of those scientists.  What do you know anyway?”

The first answer they like, and hang on to.  The second answer they dislike, and dismiss with an ad hominem attack.  Experience suggests that when they recount the conversation to friends it will go something like this. “Yeah, I was talking to this astrophysicist and he says that the Universe is full of life!  I knew that the those lights I saw the other day lined up in the sky over that military base were space aliens!”

The UFO Syndrome might sound fun and harmless.  Had I called it the “CIT Group Syndrome” or the “Bernie Madoff Syndrome,” however, your reaction might have been a bit different.  Those infamous financial disasters were ultimately manifestations of confirmation bias too.  In each case people wanted to believe something.  They told each other it was true.  They were sure that it just had to be true.  So they looked for reasons to believe that it was true, while ignoring the warning signs that in retrospect were everywhere.  As is so often the case, when reality caught up with them they paid a hefty price.

More often than not failure in the business world begins with a failure of knowledge.  Our susceptibility to that failure is deeply rooted in the way our brains work.  Confirmation bias, the UFO syndrome, call it what you will.  It is pleasant and comfortable and easy, and in a fast paced, ever-changing, high stakes world it is the worst enemy you have.

The UFO Syndrome ^ Psychologists Call it Confirmation Bias  © Dr. Jeff Hester
Content may not be copied to other sites. All Rights Reserved.