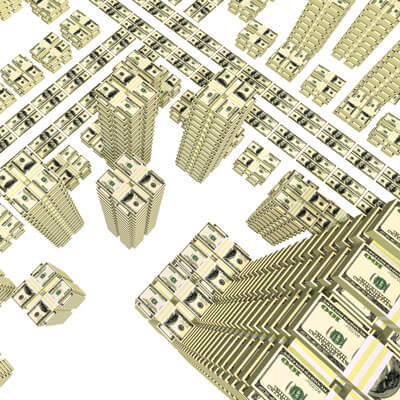 For 60 years, policy-makers have looked to the Kuznets Curve for evidence that a rising tide lifts all boats. It is a lovely thought, if only it were true. (Part 6 in a series on Thomas Piketty’s “Capital in the Twenty-First Century.”)

In 1955, Simon Kuznets published a paper that was destined to change the course of history. The paper, Economic Growth and Income Inequality, reported the discovery of a historical relationship between average income and inequality in the US and the UK.

In a plot of economic inequality versus per capita GNP, Kuznets reported that capitalist economies evolved along an inverted U-shaped curve. For a time when an economy is poor and agriculturally based, increasing average income results in greater inequality. But, said Kuznets, as technology causes incomes to rise, that inequality falls.

Wanting something does not make it true

To many, the implications were clear. If you just let it go, capitalism will eventually reduce the inequality between the wealthy and everyone else. Any time you hear someone talk about “trickle-down economics,” or say “a rising tide lifts all boats,” or talk about the wealthy as “job creators,” you are hearing the echo of Kuznets’s work. The Kuznets Curve continues to be a cornerstone of fiscal policy throughout much of the developed world, and in the US in particular.

All of that sounds great, especially if you are among those who are sitting on large piles of wealth. There is only one one minor problem. There never was much evidence to support the claim. Kuznets himself said that the paper was perhaps 5% real data and 95% pure speculation, and abandoned the curve later in life. But sometimes vast conclusions are drawn from half-vast data. And some ideas, once they are out there, develop a life of their own. That is especially true of ideas that we desperately want to be true.

One of Piketty’s major contributions is a fresh and extremely rigorous reassessment of Kuznets’s claims. Much of Capital in the Twenty-First Century is spent analyzing a huge volume of economic, political and cultural data. Piketty’s sources of data are numerous, and cover periods from the early 19th Century up to the present day.

For his part, Kuznets relied exclusively on data from the first part of the 20th Century. That is not a criticism per se. Those were the only data that he had to work with. But the period that he studied included two world wars and the Great Depression. In the US it included dramatic changes in policy specifically aimed at reducing wealth inequality. Those included anti-trust legislation, the New Deal, new labor laws, and more progressive taxation, to name a few. In the UK there was a similar spate of policy reforms during the same period.

One could argue that the historical period that Kuznets looked at might not be especially representative of how things usually work. It can hardly be surprising that when Piketty looked over much longer historical periods using much more complete data, he could not replicate Kuznets’s findings. Piketty found instead that Kuznets’s results are dominated by the effects of those profound shocks to the world economy.

Kuznets’s work is interesting from a historical perspective, but it is largely meaningless when trying to understand the way that capitalism naturally evolves. It’s hard to say much about normal prevailing winds when the only data that you have were taken during a hurricane.

As things have settled down and the natural evolution of capitalist economies has reasserted itself, Piketty finds that rather than lifting all boats, economic growth has disproportionately benefited the wealthy. Quoting Piketty directly, the Kuznets Curve reflects “excessive fondness for fairy tales, or at any rate happy endings.”

When the pundits disagree, what can we do?

There is a real answer to the question of whether Kuznets or Piketty offers better insights into how capitalist economies behave. Science is all about choosing between competing theories. You use each theory to make predictions, and then see which set of predictions better agrees with what really happens. When you are done you go with the theory that works, regardless of what you wanted to be true. So long as everyone involved is honest, competent, and refrains from cherry-picking data to support their preconceived prejudices, that process works remarkably well.

Yet as you listen to the debate, one thing becomes instantly clear. Once you know where someone stands politically, you know what they are going to say about Piketty. And so the talking heads line up on opposite sides, and for the most part people – disturbingly including people responsible for making real policy – hear what they want to hear.

So, what to do? There are really only two choices. We can turn off our brains and line up with one set of partisans or the other. Or we can use our brains, look at the predictions of each theory, and do a smell-test to see which one stinks.

When the economic rubber hits the road, Piketty wins

By every measure, from the role of technology in production, to the balance between industrial and farm labor, to the level of per capita wealth, our economy should be over the hump in the Kuznets Curve. According to Kuznets’s thinking, rapid economic growth in today’s economy should result in a decrease in inequality as the rising tide lifts all boats.

Piketty’s wealth-begats-wealth theory makes exactly the opposite prediction. Piketty’s model says that rapid growth should primarily benefit the wealthy, and be accompanied by worsening inequality.

Deciding which of those two predictions works is not difficult to do. In the US, wealth is already as concentrated as it was in 1917. The top 1% holds 35% of the nation’s total wealth. That inequality is only growing. Coming out of the great recession, between 2009 and 2012 95% of economic gains went to the top 1%. It is really difficult to escape the conclusion that Piketty’s model of a money-begats-money economy is spot on target.

Speaking personally, I am a big fan of free market capitalism. Strictly controlled economies do not work well. The power of private enterprise is hard to question. But if Piketty is right – as the data clearly suggest is the case – totally unregulated free market capitalism eventually eats its young.

The question then becomes, “what to do about it?” How can we save capitalism from itself?

Saving Capitalism from Itself ^ VI. Economic Fairy Tales  © Dr. Jeff Hester
Content may not be copied to other sites. All Rights Reserved.