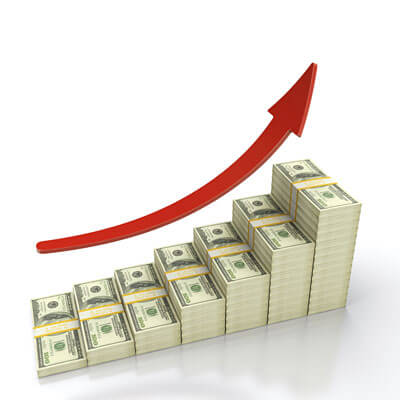 V. Inequality in a Growing Economy

A single simple idea can change the terms of a conversation. The core of “Capital in the Twenty-First Century” is that kind of idea. It shifts the paradigm. Instead of trying to explain correlations, Piketty makes testable predictions. For those who take the time to understand him, Piketty changes the way people see.  (Part 5 in a series on Thomas Piketty’s “Capital in the Twenty-First Century.”)

Here is our story so far. When it comes to economies, free market capitalism really is the greatest thing since sliced bread. But there is no such thing as a perfect system, and even capitalism has its problems. Left to itself, capitalism leads to an increasingly top-heavy distribution of wealth. The gap between the wealthy and everyone else grows until the proverbial shit hits the fan, economically, socially and politically. The result is no good for anyone, including the wealthy.

That, in a nutshell, is what Thomas Piketty is trying to warn us about.

In an economy with no overall growth, it was easy to see why things become more and more unequal. Of course, Piketty didn’t restrict himself to an oversimplified economy with no growth.  Real economies grow. But Piketty showed that in a money-begats-money economy, if money flows into the hands of the wealthy faster than it flows into the pockets of everyone else, the situation is still the same. Inequality grows, and it grows at an accelerating rate. The more unequal things get, the faster they get more unequal.

Piketty’s statement of this idea is that if the rate of return on investment, r, is greater than the overall growth rate of the economy, g, then inequality grows. While r depends on g, such that r=αg, in real economies α>1, meeting the condition for instability…

But sometimes writing down the math can take something that is really simple and easy to wrap your head around, and make it look too complicated for mere mortals to understand. This is one of those cases.

There are two physicists in a bar, and one turns to the other…

On the other hand, some of us like math! About 15 years ago another astrophysicist and I were having a beer in a bar, and got to talking about wealth distribution in a capitalist economy. (Physicists are known for their peculiar notion of “smalltalk”.) So we got out a pen and started scrawling a few simple equations on a napkin. (Physicists do that, too.) I don’t think that it took more than half a beer before the basic answer was staring us in the face. Unless something is done to keep big piles from soaking up too much of the wealth in an economy, the situation is unstable and bad things can happen.

At that point we wadded up the napkin. To be honest, we didn’t think too much about it. The idea was so simple, and lacking context, we had no clue that we had written down a relationship that people didn’t already understand. We ordered another beer and the conversation moved on to magnetic fields around pulsars, or some such.

The power of Piketty’s idea is in its very simplicity

The idea that wealth inequality is a nature consequence of capitalism is hardly new. Quoting Jawaharlal Nehru, Indian Prime Minister from 1889 to 1964, “The forces in a capitalist society, if left unchecked, tend to make the rich richer and the poor poorer.” But a truism is one thing. A quantitative, predictive model is something else entirely.

Political economists spend their lives swimming in complexity. It is precisely the fact that you can work out the basic idea on the back of a napkin that gives Piketty’s simple idea such power. It is powerful, it is predictive, and there is nothing abstruse about it.

In his review of Piketty’s work, Lawrence Summers says it well. “Piketty provides an elegant framework for making sense of a complex reality… In every area of thought, progress comes from simple abstract paradigms that guide later thinking, such as Darwin’s idea of evolution… Piketty makes a major contribution by putting forth a theory of natural economic evolution under capitalism.”

Once you wrap your head around Piketty’s simple idea, economic data will never look the same again.

Saving Capitalism from Itself ^ V. Inequality in a Growing Economy  © Dr. Jeff Hester
Content may not be copied to other sites. All Rights Reserved.