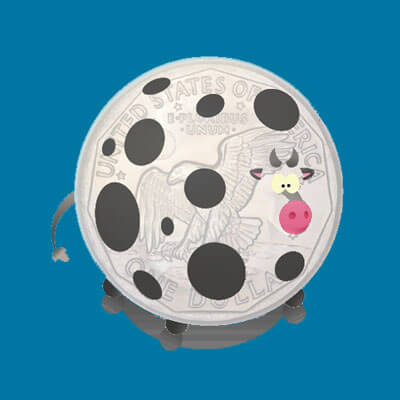 III. Piketty in a Nutshell

As Albert Einstein said, “Everything must be made as simple as possible. But not simpler.” Thomas Piketty may have set the world on fire with his tour de force, but simplified versions of his basic ideas are not at all hard to understand. (Part 3 in a series on Thomas Piketty’s “Capital in the Twenty-First Century.”)

Today’s economy is undeniably a very complex system, and it can be easy to get lost in that complexity. In lieu of actually trying to make sense of the issues, public discussion of the economy has largely degenerated to guerrilla warfare between competing ideologies.

Start with something simple enough to understand

One of the first things that you learn when you set out to become a physicist is that if something is too complex to think about clearly, start with something simpler instead. There is actually a running joke among physicists; “Consider a spherical cow…”

Rather than diving feet first into the meat of Piketty’s 700 page monster, let’s approach it like a freshman physics problem. Let’s strip capitalism down to its basics, ignore all of the bells and whistles, and see what a simple as possible “spherical-cow” version of capitalism looks like. Then we can play with it, much as child might play with a toy model, and see what we can learn.

The force behind capitalism is Money-Begats-Money

We need two things for a toy model of capitalism. First, we need substance; we need money. More precisely, we need to know how money is spread around within the economy. And second, we need a force to push that substance around. We need a simple statement about what moves money from place to place within the economy.

Number two on the list is easy. John Ray (1627-1705) is credited with saying, “Money begats money,” but I doubt he was the first. In addition to being an old proverb, that sums up the most fundamental reality in any capitalist economy.

Richard Templar says it well in The Rules of Wealth. “There is no greater truth than this – money makes money. It likes clustering together. It breeds quietly and quickly like rabbits. It prefers to hang out in big groups. Money makes money.”

I think it would be hard to find anyone who would take exception to that, regardless of which side of the aisle they call home.

The simplest economy to think about is one without growth

As for money itself, the simplest assumption to make is to ignore growth. That way we can put off thinking about how money gets created and destroyed, and instead concentrate on how money moves from place to place.

Not to worry. Even if things start out uniform, somebody will make an interesting gizmo that his neighbors will want, and they will pay him for it. That person then becomes the center of a little pile of money that sticks up above the average.

That’s a good thing. Call it merit, creativity, entrepreneurship or whatever, instead of staying uniform, the distribution of money will get lumpy. Being able to have your own little pile of money provides incentive to try the entrepreneurial gig. Those piles of money also provide the seed capital needed to get other things off of the ground.

In physics, when small perturbations are reinforced until they become big effects, it is called an “instability.” In a simple capitalist system, inequality is unstable. Left to its own devices, inequality grows at an accelerating pace, until a remarkably small number of people control a remarkably large fraction of the money.

That is Piketty in a nutshell.

Gravity is gravity. It doesn’t matter what political party you belong to, or how much money you have in the bank. If you drop a hammer, it will fall.

The same is true of capitalism. You can throw ideologies at each other until the cows come home, but that will not change the fact that in a simple money-begats-money economy, inequality grows.

That inequality itself can drag the economy down. And if it gets too burdensome the masses might decide to storm the Bastille. Ask Marie Antoinette about what happens next.

Capitalism is a remarkable system, but it is a system. Like many systems, it contains within it the seeds of its own destruction. Thomas Piketty spends almost 700 pages of detailed analysis of historical data making the case that what we saw happen in our toy model is exactly what happens in the real world, as well.

Saving Capitalism from Itself ^ III. Piketty in a Nutshell  © Dr. Jeff Hester
Content may not be copied to other sites. All Rights Reserved.