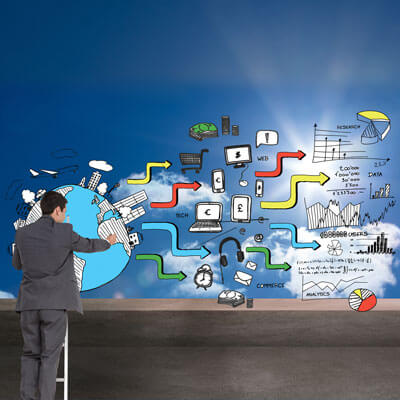 II. There is No Such Thing as a Perfect System

Capitalism is not a philosophical position. Capitalism is a system. The first step in any meaningful discussion about the economy is to throw ideology overboard and instead ask, “What is a system, and how do systems behave?”


(Part 2 in a series on Thomas Piketty’s “Capital in the Twenty-First Century.”)

According to Webster’s Dictionary, a system is, “a regularly interacting or interdependent group of items forming a unified whole.” The preface to James Martin’s, Systems Engineering Guidebook: A Process for Developing Systems and Products is very clear on the nature of systems. “There is no perfect system,” it says, “and probably never will be.” Never hire an engineer who disagrees with that statement. That would be asking for trouble.

You have to maintain a car to keep it running.

The system we call a car makes Martin’s point well. Wouldn’t it be nice if your car would just keep running forever, all by itself? Wouldn’t it be sweet if parts never wore out, the oil never got dirty, and the gas tank was perpetually full? I would really, really like to own a car like that!

But that’s not how cars are, and we all know it. No matter how reliable a car might be, or how much you love it, it is only a question of time before there are problems. After all, there is no perfect system!

So we do what we know that we need to do. We fill the tank, check the tires and oil, and if we are smart take it in for regular check-ups and tune-ups. After all, preventative maintenance is always less painful than dealing with the consequences of breaking down, probably at the worst possible moment.

The economy is a system, too.

Political and economic systems are systems too, and in one respect they are a lot like cars. Regardless of how well they work, they require regular maintenance.

You wouldn’t trust your car to a mechanic who talked about his ideological commitment to the invisible hand of internal combustion and its power to keep a car running perfectly, without maintenance. Nobody is that stupid. Even if you didn’t really listen to what he said, it would be hard to miss his shop full of cars that wouldn’t run.

By the same token, if you want to keep the economy purring you don’t need ideological fairy tales about invisible hands that magically make everything turn out in the end. Ideology is for idiots. If you care about the economy, you need really smart people who do real analysis of real data about how real economic systems really work in the real world.

(Whew! Sorry for all the “reals,” but in my experience this is a point that needs to be pounded in really hard.)

When you go to the mechanic you might not like what you hear, but a good mechanic will tell it to you straight. The same is true when you listen to an economist who views economics as a science rather than a religion. But in both cases, ultimately you will be better off.

The scientist in me is drawn to Piketty.

More than anything else, what draws me to Thomas Piketty’s work is that he approaches economics in a way I understand as a scientist. He looks at the economy as a system. He asks, “What are the essential forces that drive capitalism?” Then he asks, “How would I expect an economic system to behave in response to those forces?” He develops a theory for how capitalist economies evolve.

Piketty uses that theory to make testable predictions about how economies behave. Then he does the most important thing of all. Instead of picking through data trying to “discover relationships” or confirm an ideology, he instead uses the data to test those predictions.

If you care about what is true instead of what you want to be true, that’s the way it’s done. That’s true whether talking about cars, astrophysics, or how capitalism works.

Saving Capitalism from Itself ^ II. There is No Such Thing as a Perfect System  © Dr. Jeff Hester
Content may not be copied to other sites. All Rights Reserved.