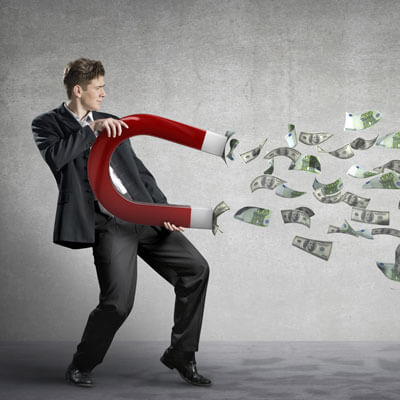 VII. What is Wealth?

Whether as inherited capital, high incomes or the coffers of corporate “persons,” money begats money as never before. In a modern capitalist economy, that is really all you need to know. (Part 7 in a series on Thomas Piketty’s “Capital in the Twenty-First Century.”)

You don’t have to look far to find data that supports what Thomas Piketty has to say about the growth of wealth inequality. Reporting on a study by the Harvard Business School, Chrystia Freeland writes, “Americans actually live in Russia, although they think they live in Sweden. And they would like to live on a kibbutz.”

According to Forbes Magazine, the average American CEO earns 331 times as much as the average worker, or 774 times that of someone working at minimum wage. Corporations themselves have effectively been declared people, adding a whole new tier to the top 1% of the 1%. And while the income of ordinary Americans is effectively stagnant, incomes of the wealthy are still increasing by roughly 10% a year and have been for decades.

But wait a minute! Most of that money is income, not capital, so Piketty is all wrong! That’s certainly what Tino Sanandaji says in National Review. After all, the name of Piketty’s book is Capital in the Twenty-First Century. Surely concentrating all of that money in the hands of a few hard-working business owners is an altogether different thing. Isn’t it…?

Wealth, by any other name, remains as sweet

Granted I’m not an economist, but I have trouble understanding the practical difference between the effects of capital and income when it comes to wealth inequality in a modern capitalist economy. Although I don’t feel too bad about that. Given the wild range of things economists have to say on the matter, I get the sense that they are a bit fuzzy on the distinction themselves.

Let’s face it, wealth is wealth. And regardless of details, that wealth is used in ways designed to benefit the wealthy. The only real assumption that you need to make to understand why inequality grows is that money begats money. In today’s world, there are a lot of ways other than simple investment to turn dollars into more dollars.

For as long as there has been wealth it has been used to buy influence. That has certainly not changed. The urge to donate millions to a billion dollar political campaign is not an altruistic act. Neither is the decision to spend millions to make sure that your lobbyist is in the room every time a decision is made that affects your interests.

Corruption cases such as those against Virginia’s ex-governor Bob McDonnell or New Jersey Senator Robert Menendez might get headlines, but those headlines distract from the more profound effect money has on policy. Meanwhile, the individuals and corporations directly responsible for the worst economic disaster since the Great Depression came through smelling like a rose. Rather than being held accountable, they were bailed out using public funds. As of the end of 2013 the five largest banks actually held 38% more assets than they did in 2008.

A recent study by Martin Gilens of Princeton University and Benjamin Page of Northwestern University found that the influence of ordinary Americans on public policy is at a “non-significant, near-zero level.” They conclude that the United States can no longer really be considered a democracy at all. It is a plutocracy, pure and simple.

Who needs facts when you have Fox News?

In the days of Mad Men, clever people sat around and thought of engaging ways to sell cars. In today’s world, wealth buys not only airtime but conduits directly into the brains of millions. Wealth employs that bandwidth, using ever-better science to manipulate opinion, spread disinformation, and persuade people to vote and act against their own self-interest.

One of the clearest examples is Rupert Murdock’s Fox News. Fox News dominates cable news ratings. Even so, a recent study by Fairleigh Dickinson University found that regular viewers of Fox News actually know less about current events that those who watch no news at all.

Technology in the service of wealth

Since Kuznets, economic orthodoxy has been that as technology improves worker productivity, inequality will fall. But that argument assumes that a worker’s income goes up along with productivity. According to a study by the Economic Policy Institute, that was true until the 1970’s. But since then real wages have remained essentially flat, even as productivity has risen by over 250%.

Rather than reducing inequality, technology is controlled by a few and wielded to their own benefit. One of the most amazing stories of the use of technology to siphon money into the hands of the wealthy is the story of high-frequency trading described in Michael Lewis’s book, Flash Boys. It is the story of how a group of people quietly reshaped the computerized stock market in a way that allowed them to front-run orders and without producing any value, literally skim untold billions off the top.

When it comes to spying, the NSA is not the real problem

Big Data is an even larger issue. Edward Snowden created a world-wide stir when he revealed the mind-boggling power of the US intelligence apparatus to collect communications from not just anyone, but everyone. There is far less outcry over a type of electronic spying that has far greater immediate impact. Corporations use electronically-collected data no only to market to you, personally, but to control the information that you see so as to influence your behavior. Again, all of that is in the interest of maximizing the flow of wealth into corporate coffers.

This article could be a lot longer. There is no shortage of evidence that money begats money in more ways today than ever before.  The skyrocketing inequality that we see is exactly what Piketty predicts.

So when National Review or Financial Times tells you that Piketty is wrong because a lot of wealth is in the hands of hard-working corporate executives, just smile and look at who controls what appears in the pages of those publications.

Saving Capitalism from Itself ^ VII. What is Wealth?  © Dr. Jeff Hester
Content may not be copied to other sites. All Rights Reserved.