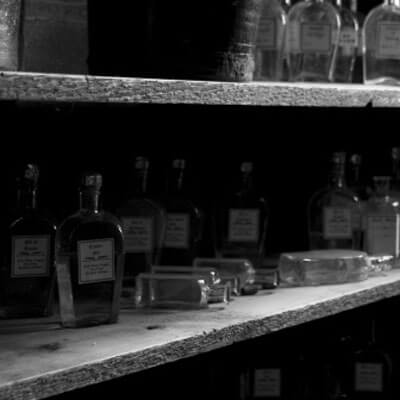 It’s one thing to see it when someone else is trying to sell you a bill of goods. It’s another to recognize when you are selling one to yourself.

People learn from others. That’s a good thing. If everyone had to rediscover the world from scratch, all on their own, we wouldn’t have gotten very far as a species. If the person doing the telling is someone that we trust, either because we know them or accept their authority, then we are likely to just let the idea in. That’s especially true because if we are listening to someone we know or trust they are probably playing into our confirmation bias anyway, telling us what we wanted to hear.

But what if the idea was really only a W.A.G. for them, too?  Now we share their W.A.G., but that doesn’t make it true. W.A.G.s are a pernicious lot. They are contagious and only get stronger as they go.

Of course, it is always possible that the source of a W.A.G. knows full well what they are doing.   All of this reminds me of the western movies I grew up watching. A common trope in these films is the snake oil salesman who comes to town with a magical elixir that is supposed to fix everything that ails you. What always happens next is that the people who bought the snake oil wake up the next morning with a headache and an empty wallet. Meanwhile the snake oil salesman is long gone.

Not every salesman who knocks on the door is selling snake oil.  But caveat emptor.  Let the buyer beware.

I was teaching an introductory astronomy class some years ago. On the last day of class a student came up to me with a very somber look and he said “Dr. Hester, my father wouldn’t like you.” I thought to myself, “Oh no. Here we go….” But then the student explained himself. He said, “My father is a salesman. What you have been doing all semester is teaching us how to see through the ways he gets people to buy stuff. My father wouldn’t like you.”

I gave him a great big smile and I shook his hand and I said that I was glad that he got exactly the right thing out of the class!

Beware of Your Own Snake Oil

A few months ago a woman came up to me after a talk. “Dr. Hester,” she said, “I really wish that I had heard you speak a year ago.”

She wore a sad expression as she told me her story. She had decided to start a business, and after studying up on how to attract investors she wrote up a prospectus. She did everything right, highlighting all the reasons why this business was the greatest idea ever conceived! She really made that proposal shine!

But then she made a mistake. She went back and read her own prospectus, and fell for her own pitch.  With such a great plan she decided that she didn’t need investors at all. It was her idea so she should have all the profits for herself! So she cashed in her life savings and retirement. She mortgaged her house. She ran up her credit cards. And – you see this coming – found herself in bankruptcy six months later.

Snake Oil ^ Sometimes the easiest to swallow is the batch you brew for yourself  © Dr. Jeff Hester
Content may not be copied to other sites. All Rights Reserved.