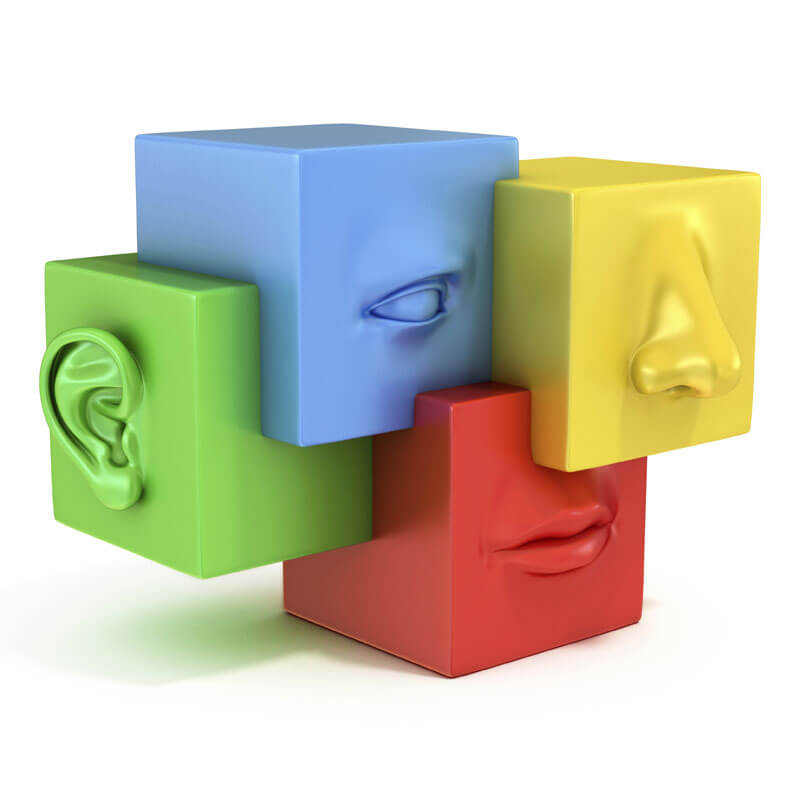 The Hermeneutics of Bunk

Some years ago, NYU physicist Alan Sokal wondered whether anti-science postmodernists could recognize politically-correct-sounding nonsense even if he rubbed their noses in it. The unwitting subjects of the Sokal Hoax jumped at the bait.

For anyone who pays attention to popular accounts of physics and cosmology, quantum gravity is a thing. How could it not be? Quantum gravity is the place where the two pillars of modern physics — quantum mechanics and relativity — collide head-on at the very instant of the Big Bang. The two theories, each triumphant in its own realm, just don’t play well together. If you are looking for fundamental challenges to our ideas about the universe, quantum gravity isn’t a bad place to start.

A bit over two decades ago, quantum gravity also proved to be the perfect honey trap for a bunch of academics with a taste for nonsense and an envious bone to pick with science.

Yes, it really is as bad as all that.

In 1994, NYU physicist Alan Sokal ran across a book by biologist Paul Gross and mathematician Norman Levitt. In Higher Superstition: The Academic Left and Its Quarrels with Science, Gross and Levitt raised an alarm about those in the new field of “cultural studies” who were declaring that scientific knowledge, and at some level reality itself, is nothing but a social construct. Unsure whether he should take Gross and Levitt at face value, Sokal went to the library and dove into the literature that they were criticizing. When he came up for air, he was much more familiar with the postmodernist critique of science. He was also appalled at the depth of its ignorance about the subject.

Most scientists respond to such nonsense with a muttered, “good grief,” but Sokal felt compelled to do more. He decided to give postmodernists a firsthand demonstration of the destructive testing of ideas that tie science to a reality that cuts across all cultural divides.

Sokal had a hypothesis: Those applying postmodernism to science couldn’t tell the difference between sense and nonsense if you rubbed their noses in it. He predicted that the cultural science studies crowd would publish just about anything, so long as it sounded good and supported their ideological agenda. To test that prediction, Sokal wrote a heavily footnoted and deliciously absurd 39-page parody entitled, “Transgressing The Boundaries: Toward A Transformative Hermeneutics Of Quantum Gravity.” 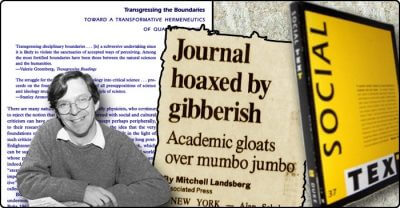 In 1996, physicist Alan Sokal submitted a hoax paper purporting to be a postmodernist unification of quantum mechanics and general relativity to Social Text. The fact that any physicist would have instantly recognized that the paper was nonsense did not stop the editors from embracing a scientist who was “on their side” and publishing the paper in a special “Science Wars” edition of the trendy postmodernist journal.

Sokal submitted his paper to a trendy journal called Social Text. Understanding the importance of ego, he freely and glowingly cited work by several of the journal’s editors. For their part, the folks at Social Text were thrilled to receive Sokal’s manuscript. Here at last was a physicist who was “on their side!” After minor revisions, the paper was accepted and scheduled to appear in an upcoming special “Science Wars” edition.

The bait had been taken, but the trap had yet to be sprung. That came with a piece by Sokal in Lingua Franca that appeared just after Social Text hit the stands, exposing “Transgressing the Boundaries” as the hoax it was.

Reactions to Sokal’s article were, shall we say, mixed. The editors of Social Text were not amused, to put it mildly, and they decried Sokal’s unethical behavior. One insisted that the original paper was not a hoax at all, but that fearing reprisal from the scientific hegemony, Sokal had “folded his intellectual resolve.” It was lost on them that had they showed the paper to anyone who knew anything about science or mathematics, the hoax would have been spotted instantly.

The Sokal Hoax was a good belly laugh about a very serious issue.

As most scientists did: When I heard about it, I busted a gut!

I still laugh, but the Sokal Hoax carries a serious message. In addition to diluting intellectual rigor, the postmodern assault on science undermines the very notion of truth and robs scientists and scholars of their ability to speak truth to power. As conservative columnist George Will correctly observed, “the epistemology that Sokal attacked precludes serious discussion of knowable realities.” Today, from climate change denial, to the anti-vaccine movement, to the nonsensical notion of “alternative facts,” that blade is wielded on both sides of the political aisle.

Sokal gets the last word. Quoting from his 1996 Lingua Franca article, “Anyone who believes that the laws of physics are mere social conventions is invited to try transgressing those conventions from the windows of my apartment. (I live on the 21st floor.)

The Hermeneutics of Bunk ^ Alan Sokal and postmodernism’s black eye  © Dr. Jeff Hester
Content may not be copied to other sites. All Rights Reserved.