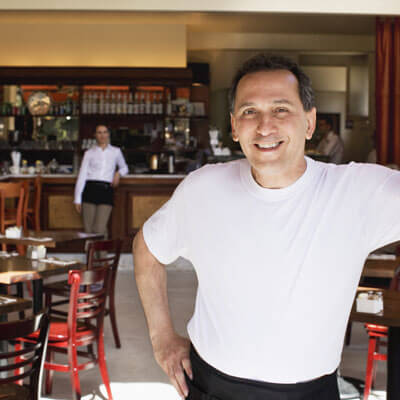 Anyone who owns a small business knows what they rely on more than anything else: customers with money in their pockets! (Part 4 in a series on Thomas Piketty’s “Capital in the Twenty-First Century.”)

Free market capitalism is a remarkable system with a host of benefits. Economic freedom is key to political freedom. Capitalism is an efficient system that encourages and rewards innovation. It has the flexibility to respond quickly to changing conditions. It spurs economic growth. I am a big fan of capitalism!

But as we have seen, no system is perfect, including capitalism. Thomas Piketty’s argument is that in an unregulated capitalist system income inequality grows. It’s kind of hard to avoid the conclusion that he is right.

The question is whether that is good or bad, not just for individuals, but for the economy itself.

A Question for the Small Business Owner

I have a question for you. Suppose that you live in a town of 10,000 people, and own a restaurant. Somebody hands you (figuratively, at least) $10 million, and says that you have a choice. You can either use that $10 million to put an extra $1,000 into the pocket of everyone in town, or you could deposit that $10 million into the bank account of the richest family in town.

What would you do?

Would You Rather See Money in the Hands of Your Neighbors…

Let’s look at the practical effects of the two alternatives. If you put $1000 into the pocket of each of your neighbors, they’ll have more money to go out to eat. More customers means more business for you. Perhaps you will need to hire some more staff. Maybe you will get to take that vacation you’ve wanted, or treat yourself to a few more nights out.

Now you need to hire even more staff! Maybe it’s time to think about opening that second restaurant on the other side of town. You really are doing well! And with the money you are paying your employees, the grocers and contractors are also doing well.

If you put money into the hands of your neighbors, they spend it, and the people they spend it with spend it, too. Its economic effects are amplified.

…or Money in the Hands of a Few?

On the other hand, if you put that money into the bank account of the wealthiest family in town, they will still eat at your restaurant – but no more often than they would have anyway. They will still buy groceries, but no more than they would have. They can only eat so much. Yes, they might invest in your business – and don’t get me wrong, having piles of money around to fuel investment is important – but only if they can expect to get their money back, with interest.

Consumer Spending and a Healthy Economy

That story could be told from the perspective of the grocer, the contractor, or any other small business owner. Consumer spending directly accounts for roughly 70% of economic activity in the United States. It indirectly accounts for most of what is left. Capitalism is a wonderful system, but it only works as it should when money flows through the hands of those who spend it. If you want to create jobs and demand for good and services, put money in the hands of those who buy goods and services!

Of course, it is highly unlikely that anyone is going to walk through the door and hand you $10 million to distribute as you see fit. But every time you go to the polls you make decisions that can have exactly that effect. Everyone knows that taxes and government spending are bad for small business, right? After all, that’s what millionaire pundits on cable news and talk radio tell you all the time.

But are they right?

In any wholly unregulated capitalist economy income inequality grows unchecked. That inequality undermines the health of the economy. Government policies designed to reign in that growth in inequality are not creeping socialism or bleeding heart liberalism. Such policies are necessary for the health of capitalism itself.

Saving Capitalism from Itself ^ IV. Three Cheers for Small Business  © Dr. Jeff Hester
Content may not be copied to other sites. All Rights Reserved.