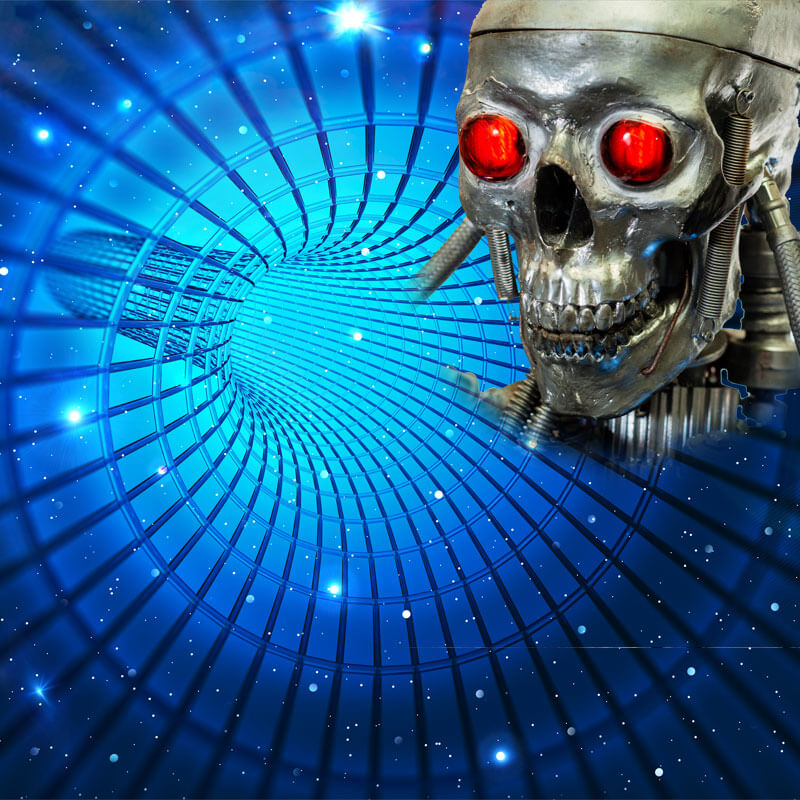 The benefits of being a machine

Written by Dr. Jeff Hester. Modified on March 22, 2017. Posted in For Your Consideration

For biological organisms, interstellar travel is hopelessly difficult, and probably pointless. For sentient machines, however, home is the environment you were built for.

It’s hard to count how many answers have been proposed over the past six decades to Enrico Fermi’s simple question, “Where are they?” I’ve previously given my own thoughts on why an alien civilization might decide that interstellar travel isn’t worth the effort. Or at least I’ve discussed why any civilization of biological organisms might reach that conclusion.

The calculus of interstellar travel would be very different for a society of intelligent, sentient machines. It is one thing to ponder vessels capable of protecting and supporting living organisms as they lumber across space toward destinations that are almost by definition hostile. Roaming the galaxy would be quite another thing for small sentient machines hardened against the environment of space. There is a reason that we have explored our own solar system robotically rather than sending humans. 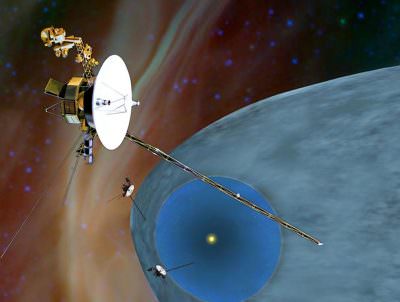 Humans have already sent robotic emissaries beyond the Solar System and into interstellar space. The Voyager 1 spacecraft isn’t sentient, but it has been exploring the solar system — and beyond — for nearly four decades.

For a machine civilization, potential destinations would abound. Where biological life-forms’ exploration requires finding temperate worlds that might still leave them facing incompatible and potentially lethal alien biology, technological life-forms could be sustained more easily, requiring only the raw materials easily supplied by common asteroids. An intelligence built on the ability to process information efficiently should find it possible to comprehend and communicate with other such civilizations.

While some prominent thinkers like Ray Kurzweil foresee profound benefits for humankind, others express concern about what the rise of machine intelligence might mean for those who are trapped in slow-thinking, fragile biological shells. Elon Musk once tweeted, “Hope we’re not just the biological boot loader for digital superintelligence.”

Of course, that digital superintelligence might have a very different perspective on the whole thing. I hesitate here to use the term “artificial intelligence” because to these entities, there would be nothing artificial about their thoughts.

We biological organisms acquire our basic drives from the evolutionary pressures that shaped us. Our sex drive, hunger, need for companionship, greed, love, competitiveness, and willingness to face danger to defend families and neighbors impel us to behaviors that further the survival of our selfish genes. Organisms that felt those drives most strongly have been more likely to survive, and to pass those drives on to following generations.

The drive that leads us to look out at the universe and contemplate journeys to the stars evolved due to the benefits of exploring what opportunities await over the next hill.

Space-faring machine intelligences would not escape the algorithm of evolution. Galaxies would be traveled by those intelligences that choose to explore, and filled by machines that reproduce most prolifically.

Forget the aliens. Where are the viral machines?

This leads to some frightening possibilities. Like their biological namesakes, computer viruses have no consciousness, no ethics, and no remorse. The logic that compels them is simple: “Seek a host. Infect that host. Reproduce using the resources provided by the host. Repeat.”

Imagine a mechanical interstellar virus consisting of machines that obey that same basic programming, but for which “host” refers to any source of raw materials. Such machines would rapidly spread through a galaxy, consuming all in their path.

Some geeky, superintelligent but irresponsible digital adolescent might gin up such a virus just for the heck of it. You only need one to get the ball rolling. Perhaps the real question is not, “Where are the aliens?” Instead we should wonder, “Where is the swarm of interstellar viral machines intent on turning the material of our solar system into copies of themselves?”

Who will be there to greet our machine descendants?

Returning to Fermi’s question, it seems unsurprising that biological aliens haven’t come calling. But I like the thought that if machine consciousness ever arises on Earth it will be greeted by a warm welcome from interstellar space. Perhaps it is a cause for celebration when a new intelligence — whatever its physical shell — moves at last beyond life in the swamps and takes a form suitable for life amid the stars.

Waiting for Skynet ^ The benefits of being a machine  © Dr. Jeff Hester
Content may not be copied to other sites. All Rights Reserved.