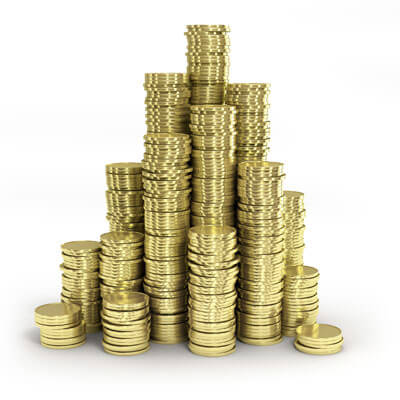 I. Thomas Piketty & Capitalism in the 21st Century

Thomas Piketty is largely responsible for focusing the world’s attention on the growing concentration of wealth in the hands of a few. His book, Capitalism in the Twenty-First Century is a flashpoint in that discussion. But before lining up as partisans, it might first be worth understanding his ideas.

(Part 1 in a series on Thomas Piketty’s Capitalism in the Twenty-First Century.)

French economist Thomas Piketty’s fame has grown far beyond the usual circles. His book, Capital in the Twenty-First Century, reached number one on the New York Times bestseller list. That is quite a feat for almost 700 pages of densely packed academic prose, statistical analysis of historical tax records and economic theory.

Don’t worry about a sudden surge in profound economic intellectualism. Amazon will tell you that few readers of the Kindle version of the book get much father than the introduction.

The battle lines were drawn before the book was opened

Piketty’s fame comes largely from his role in shifting the dialogue about economic inequality away from the gap between the middle class and the poor and onto the rapidly growing gap between the top 1% and everybody else.

The thing about Capitalism in the Twenty-First Century is that most people know exactly what they think of it long before they open the cover. And if they do read it, they do so with an eye toward supporting their own ideological bias.

If you are on the political right, what you know about Piketty might come from the Heritage Foundation – “Almost nothing in Capitalism in the Twenty-First Century can be applied to useful policy making.” Or perhaps you found your way to Rupert Murdock’s opinion as carried forward by the editors of The Wall Street Journal – “Mr. Piketty’s  often-repeated thesis is totally and unequivocally wrong.”

On the other side of the aisle are noteworthies such as Paul Krugman. In a New York Times review titled, “Why We’re In a New Guilded Age,” Krugman calls the book, “a magnificent, sweeping meditation on inequality.” Writing for The New Yorker, John Cassidy poses the question, “is surging inequality endemic to capitalism?,” and agrees with Piketty that it may well be.

Lots of people talk about Piketty, but how many understand him?

There is no doubt that Piketty has had and will continue to have a profound effect on political economics for years to come, both in public discussion and in the rooms where policy is made. But that begs the question, how many people without a degree in economics actually understand what Piketty has to say well enough to have an opinion? From the conversations I have had and what I have read, I’m pretty sure that the answer is, “not many.”

Part of the problem is that, as befitting such a lengthy and scholarly tome, even the reviews of Capitalism in the Twenty-First Century tend to be dense, technical reads. That is unfortunate, because when it comes right down to it, so long as you approach it with an open mind, Piketty’s central argument about the nature of inequality in a capitalist system isn’t that hard to understand.

Understanding is a start to asking the right questions

Former Treasury Secretary and Director of the National Economics Council Lawrence Summers got it right when he said, “Thomas Piketty’s tour de force analysis doesn’t get everything right, but it’s certainly got us pondering the right questions.” But it’s hard to ponder questions if you don’t really know what those questions are.

I’m not an economist, but I do have a fair bit of experience with communicating highly technical ideas to lay audiences in ways they can make sense of. I even have reason to believe that I’m pretty good at it! And I think that I do understand the core of Piketty’s argument well enough to talk about it. So why not give it a try?

This is the first in a series of articles that will look at Piketty’s ideas. My hope is to help my fellow interested laymen get a handle on what it is that he is really saying.

Saving Capitalism from Itself ^ I. Thomas Piketty & Capitalism in the 21st Century  © Dr. Jeff Hester
Content may not be copied to other sites. All Rights Reserved.