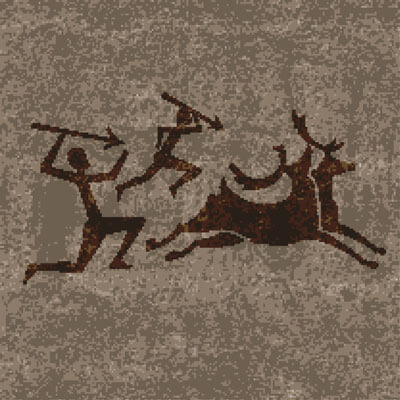 We’re Not Living in Caves Anymore

Many of our easy habits of mind once served Humanity well, but fail us miserably in a modern, rapidly-changing world. Fortunately there are alternatives.

Author and thought leader Erika Andersen has spent a lot of time in the business world watching as decisions were made. She has seen decisions turn out well. To use her own words, she has also seen things end up “appallingly, astronomically bad.”

In her painfully amusing article, It Seemed like a Good Idea at the Time: 7 of the worst business decisions ever made, she says that almost without exception, poor decisions result from one of three things. “The decision-maker: 1) didn’t bother to get all the relevant facts; 2) made invalid assumptions based on ego, wishful thinking, or fear; and/or 3) didn’t trust the input of their advisors.”

This is more than an anecdotal observation. As I have discussed elsewhere, studies have consistently found that something like 80% of business failure is ultimately a consequence of “underestimation of strategic risk.” That is business school speak for not recognizing that the light at the end of the tunnel is the headlight of the oncoming train.

Decisions can be no better than the knowledge upon which they are based. And the only way to be confident in the quality of your knowledge is to understand what knowledge really is and where it comes from.

If groupthink is so bad, why is it so easy?

All of this begs a crucial and somewhat puzzling question. If relying on common knowledge, groupthink, wishful thinking, tradition, or snake oil is so unreliable and fraught with peril, why do we do it???

The answer is that for most of history relying on groupthink and tradition was the right way to make decisions!

If you live in a world that’s not changing very fast it’s dangerous to question conventional wisdom or the thinking of your group. The very fact that your group is still around is a pretty good indication that its way of dealing with the world can’t be all that bad. And the very fact that you are here says that your ancestors must have been doing something right.

We don’t live in caves anymore

But that’s not the world that we live in. Today we see more change in a month than our remote ancestors saw in lifetimes. For better or worse, humans have reshaped the world. Those changes bring many benefits. But part of their price is that the easy, natural ways we latch onto knowledge and ideas are ill suited to the world we have wrought.

Ms. Andersen’s prescription for these ill-fated decision makers is, “a little more curiosity, a little more open-mindedness, and a little less certainty about the rightness of their position.”

Wrap your head around that and you are less likely to fall prey to things that go bump in the modern night.

We’re Not Living in Caves Anymore  © Dr. Jeff Hester
Content may not be copied to other sites. All Rights Reserved.