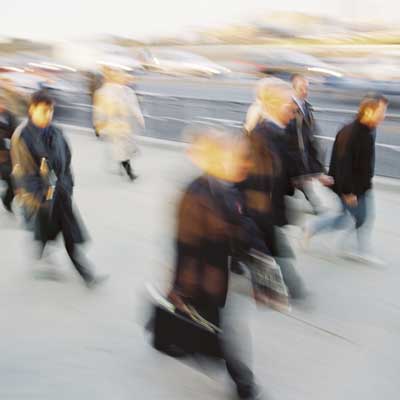 Why Do We Settle for Groupthink?

Humans, the go along to get along species.

Humans evolved as a social species. Thinking for ourselves is hard. Going along with our group is easy.

Humans have a larger neocortex than any other species. That is the part of the brain that allows us to think critically, make decisions and form judgments.  It is the processing power buried within the human neocortex that is responsible for who we are as a species.   From the invention of writing to the decoding of our own genetic makeup, the list of achievements is endless. We’ve composed symphonies and written epics. We’ve put an entire world of knowledge in the hands of anyone with a smart phone.

Even so, we have hit a roadblock that is rooted in our very brains.  The name of that roadblock is groupthink.

Psychologist Irving Janis defines groupthink as “a mode of thinking that people engage in when they are deeply involved in a cohesive group, when the members’ strivings for unanimity override their motivation to realistically appraise alternative courses of action.” A situation called the Abilene Paradox offers some insight into just how pernicious groupthink can be.  Imagine a setting in which each and every member of a given group believes that his preference differs from that of the group as a whole.  With everyone afraid of being different, no one states an opinion. In the end the group decides on a course of action with which no one agrees!

I don’t claim to be a neuroscientist but I have always been fascinated by cognition and how our brains work. Did you know that when you decide to just go along with your group your brain not only releases pleasure-causing neurotransmitters but actually inhibits neurological activity associated with rational thought?  We are a “go along to get along” species.  It is wired into our very brains.

But why are we so susceptible to groupthink?  You are here because your ancestors did whatever was needed in order to survive in the face of an often-perilous world.  Humans are a social species, so first and foremost survival depended on the acceptance of a social group.  Further, quite often the best way for an individual to survive was to place their own interests second to the interests of the group as a whole.  The appeal of groupthink was captured in our primal circuitry thousands of years ago and has been passed on from generation to generation ever since.  Today our brains still take easy comfort in avoiding hard questions and simply going along with the norms of our group.

It is easy to imagine groupthink was a positive phenomenon, once upon a time.  Throughout most of human history the pace of change was slow.  The world you inhabited was pretty much the same as the world inhabited by your parents, grandparents, great-grandparents, and so on down the line.  If they all survived by doing things a certain way it was risky for you to do otherwise. In like fashion your own group’s customs had allowed it to survive, so it was probably a good idea to follow along.  To encourage this behavior your brain rewards you for joining in and then shuts down the sorts of thinking that might lead you to say, “Hey! Why are we doing that, again?  Why don’t we do it this way instead?”

Today things are different.  In a single lifetime we went from the horse and buggy to putting a man on the Moon, and the pace of change has only increased since then.  Change is unbelievably fast, and our brains are running a distant second.  Groupthink is a pattern of thought rooted in antiquity, built into our brains and embedded in our culture.  But now it is a roadblock standing in our way.

But therein lies the might of humanity. Even more powerful than groupthink is our ability to adapt. It is core to being human.  Groupthink is comfortable.  It is easy.  But it can be overcome.

Why Do We Settle for Groupthink? ^ Humans, the go along to get along species.  © Dr. Jeff Hester
Content may not be copied to other sites. All Rights Reserved.