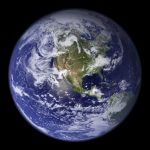 The Illusion of Disciplines

Modified on August 11, 2022. Posted in Uncategorized

The boundaries that are used to separate one discipline from another are illusory. They are nothing but creations of those with a need to administer. What matters is reality and the insights our backgrounds and experiences bring.

In his 1949 memoir, Diplomat in Peace and War, former British Ambassador to China Hughe Knatchbull-Hugessen recalled a conversation from years earlier. “Before I left England for China in 1936 a friend told me that there exists a Chinese curse — ‘May you live in interesting times.’ ” While the curse itself seems apocryphal, the underlying thought is not. The Chinese adage “better be a dog in peace than a man in anarchy” dates back at least to 1627.

Regardless of source, if the curse fits, use it.

Today is June 3. I need to say that because anything that I write will be a period piece from the reader’s perspective. If you remember your ancient history, for me the nation is just “opening up,” even as centuries of social tension spill out onto the streets and serious threats of martial law are in the air.

Scientists, regardless of their “discipline,” see the world in a similar way.

Lately, I’ve noticed among friends and acquaintances that scientists and nonscientists are likely to see things very differently. Physicists, astronomers, geologists, mathematicians, biologists … we aren’t epidemiologists. At first glance, you might guess that we have no more insight into this thing than anyone else does. And, yet, independently we all seem to be reaching the same conclusions that epidemiologists reach. That this thing is far from over. How is that?

Those of you out there who are scientists know the answer. It’s handy to draw boundaries between disciplines when it’s time to balkanize a university and start fighting over who gets faculty lines and new buildings. But the brain doesn’t come equipped with nice, well-defined barriers that separate thoughts about physics from thoughts about epidemiology from thoughts about economics. Organization charts of universities can be balkanized, but knowledge cannot.

Pidgeon holing scientists is a mistake.

For quite a while, the really cool stuff has often come from people who are willing to run roughshod over artificial divisions. People who refuse to respect those boundaries are called “interdisciplinary,” “transdisciplinary,” or just plain “innovative.” Quite often, it takes the perspective of an outsider to see what the insiders are missing. Physics turns out to be a good jumping-off place for such excursions, as witnessed by the fact that physicists have helped revolutionize everything from financial markets to biology to models of brain function.

In the real world, math is math is math. Systems are systems are systems. Everything is ultimately physics. Lessons of complexity and chaos generalize. I have a former colleague who made the jump from the dynamics of physical systems to biophysics more or less overnight. I asked him about it and he said that the transition was easier than you might imagine. He would look for biological systems described by equations that are formally the same as equations describing some physical system. Deep insights into biology came from simply translating known solutions from physics into a biological context.

It’s a lot like lifting the hood on a Chevy, a Ferrari and a Mazda. The parts look a bit different and the manuals are written in different languages, but if you know your way around one, you’ve got a good start on figuring out the others.

Sometimes it would be a lot more comfortable to get to stick your head in the sand.

In the past, I’ve written about the remarkable extent to which we all construct our own unique perceptual and experiential worlds. I cannot know the world of your mind, and you cannot know the world of mine. But it would seem that scientists share some of the scaffolding upon which our personal worlds are constructed. That scaffolding is built around appreciation of structures, patterns, and relationships in the objective world we all share.

Sometimes, that way of constructing minds is especially powerful, and sometimes it is a pain in the backside. Scientists can get befuddled at how nonscientists think, just as our framework is incomprehensibly alien to many others. But this I can say: Looking at the world through the eyes of a scientist, these are indeed interesting times. 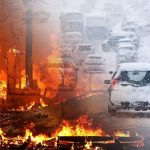 Modified on February 17, 2021. Posted in For Your Consideration 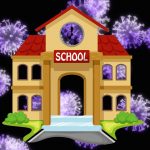 Schools in the Time of COVID

The Decision Will Ultimately Make Itself

You don’t tug on Superman’s cape. You don’t spit into the wind. Yes, schools are desperately important to kids. No, COVID-19 doesn’t care, and COVID is making the rules right now. Attempts to open schools this fall will fail of their own accord. The relevant question is how to meet the needs of children, families and the community in the face of that reality. 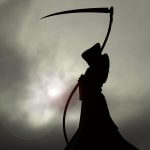 It’s time for scientists to get loud

Now is not the time for scientists to be circumspect and silent. We are on the short end of a battle over whether truth even matters. If scientists do not stand up for what is real, who will? 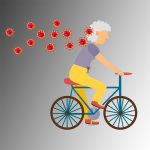 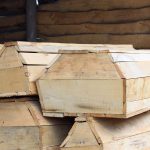 Invest now, the numbers are going up

You know those nice charts and graphs that make it look like we are over the hump of COVID-19 and that things are about to get better? Those predictions are dead wrong, with an unfortunate emphasis on “dead.” 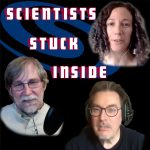 Curiosity in the Time of COVID

Modified on April 14, 2020. Posted in For Your Consideration, Thoughts

Imagine three gregarious scientists, each with the gift of the gab, all coping with stay-at-home orders. Of course we started a livestream/podcast talk show! What else would we do? Welcome to the kickoff episode of Scientists Stuck Inside. 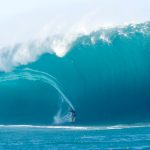 No getting back to normal

Even after COVID-19 kills hundreds of thousands in the U.S. over the coming weeks, we will still be almost as vulnerable to the pandemic as we are today. We’d all love to “get back to normal” after that, but the price could be a second wave, worse than the first. Some see us facing either economic Depression or allowing vast numbers of preventable deaths, but that is a fool’s choice. There are better options if we have the will to find them. 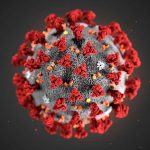 Cutting through the confusion

There is a lot of information about COVID-19 out there, much of it misleading. When looking at the future, start with what the science really says.