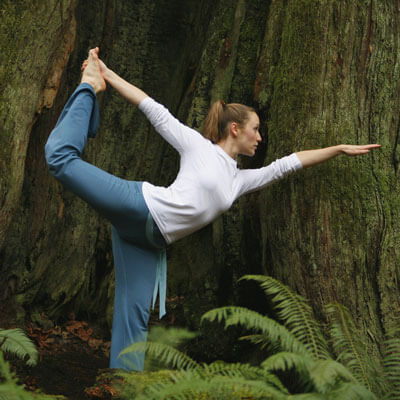 From astrophysicist to health guru!

It’s a strange world. I’ve been published in a lot of places, but I never thought that I’d show up in the California Healthy Living Magazine talking about yoga!

I’ve been practicing Bikram yoga for a while now. For those of you who don’t know about Bikram, it is an hour and a half of hatha (i.e., physically strenuous) yoga practiced in a hot, humid room.

Why, you might ask, would anyone do such a thing? In my case, it was our youngest daughter that got my wife and I into it. I actually took the very first class that Tricia ever taught, which was fun, in a certain meaning of the term. But it was a few years before I went back. 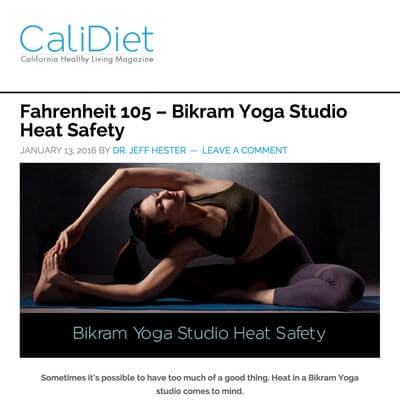 Here is my take on heat in a Bikram yoga studio, published in California Healthy Living Magazine.

Since taking up Bikram, I admit that I’ve been an on-again, off-again yogi. A big part of my love/hate relationship with Bikram is that when I show up I never know whether it is going to be a really good experience or a really bad experience. The answer to that question depends on me to a certain extent. But to a larger extend it depends on just where the instructor decides to set the thermostat!

There was one day when the room was hot. I don’t mean it was hot. I mean it was HOT!  As I lie there suffering in a lake of my own sweat, a strange thing happened. The physicist in me crawled up out of the heat-driven delirium that was my brain at the moment, took a look around the room, and decided it was a teachable moment.

“Look,” said that phantom vestige of my ever-more tenuous rational mind. “Do you see that woman over there?”

“That one?,” I responded. I nodded toward a woman with unblemished hair and make-up who was cruising through the poses like she was out on a morning stroll in the park. She was about the same size as her water bottle.

“Yes, that’s the one,” my physicist self patiently replied. (Should it have seemed strange that inside my head I was both professor and confused student who had finally broken down and come to office hours?)

“Today we are going to set aside the problems in the back of the book and see if we can’t apply what we know to the real world. She has an advantage that has to do with things like mass, force, torque, work, conductive heat transport, the heat of vaporization of water and differences in how volume and surface area scale. I’ll bet that if you put on your thinking cap you can figure it out!”

“OK,” my befuddled self responded to my befuddled self. I picked up a marker, metaphorically speaking, stepped up to the also metaphorical white board, and started scrawling equations. To be honest I don’t think that I did much yoga from that point on that day. But by the time final savasana rolled around and somebody opened a door, letting in a gush of life-giving cool, I pretty much had the answer.

One thing led to another. After giving a number of impromptu colloquia on my recent calculations, often to hostile audiences, I decided that it was time to publish. So I wrote up a piece for my blog.

Then I saw a request from California Healthy Living Magazine looking for articles about yoga and thought, “why not?”

Take a look at the article here.

Fahrenheit 105 ^ From astrophysicist to health guru!  © Dr. Jeff Hester
Content may not be copied to other sites. All Rights Reserved.