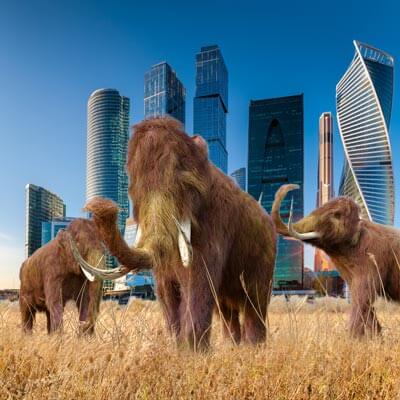 Brains in a Box

In some ways we are creatures out of our time. Behaviors that once served us well can be dangerous in a world where the only constant is change.

Your ancestors had to do four things well. They had to eat. They had to avoid being eaten. They had to cope with the elements. And they had to reproduce. If they had failed at any of those, you wouldn’t be here.

There are lots of ways to tackle those challenges. Some species went the route of sharp claws and big teeth. Others learned to hide. Still others just bred faster than predators could eat.

Evolution took humans down a different path; we’re smart, and we work together. Evolution provided us with curiosity, tool-using intelligence, adaptability, and the capacity for language and culture. As our brains got bigger and more complex, we fared very well, indeed.

Now we are on top of the heap. Hallelujah! We won!

There is an evolutionary down side to Big Brains that put our brains in a box.

Well, sort of. Big brains are great for thinking, but they have some serious evolutionary downsides. For one thing, that 3-pound (1.4 kilograms) tangle of neurons inside your skull is expensive to feed! While making up only a few percent of your body mass, your brain uses something like 20 percent of the calories you burn.

Physical size is another problem. Human childbirth is both dangerous and painful, and we are born totally helpless. That is all due to the troublesome mechanics of squeezing such a big brain through a pelvis.

So yes, that fancy pattern recognition engine between our ears is nice to have. But evolution favored brains that were absolutely no bigger than they needed to be. You might say we have Goldilocks brains. Smart enough, but not too smart, our brains fit in a box that was just right for the world where they evolved.

Modern physics shattered some of those walls, and changed the world.

If you want to see one of the walls of that box, look at the boundary between classical and modern physics. We’re naturals at throwing and catching a baseball, but get anywhere near the speed of light, and things get seriously counterintuitive. Try to think about elementary particles, and it’s even worse. As Niels Bohr famously said, “Anyone who is not shocked by quantum theory has not understood it!” 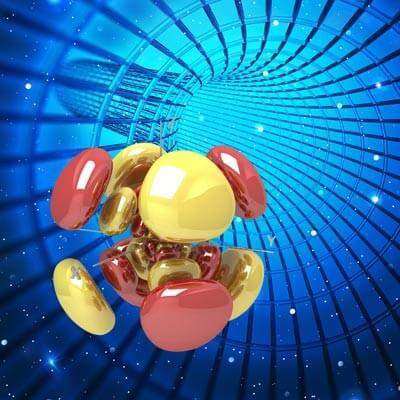 Relativity and quantum physics shatter one wall of the box evolution built around our brains. Can we learn to break through others as well?

Relativity and quantum physics are hard to think about for a very straightforward reason. Thinking like that didn’t help your great-many-times-removed grandparents find their next meal!

Kicking down those walls wasn’t easy. It meant redefining our very concept of knowledge. It meant replacing comfortable modes of thought with bold creativity and cold reason. It meant following observation and experiment where they led, regardless of whether we liked the destination.

Humans will never grasp electrons or the Big Bang in the same visceral way we grasp notions like “day” or “rock,” but intellectually we got there! And when we did, it changed the world.

Groupthink and convention were great ways to survive, so long as the challenges we faced didn’t change much…

The difference between billiard balls and quarks is hardly the only place we run up against the limitations of our programming. For most of our evolutionary history, generation after generation faced the same basic challenges. So if your ancestors’ solutions worked for them, there was a pretty good chance they would work for you too. Your tribe’s very existence was recommendation enough for its way of doing things. 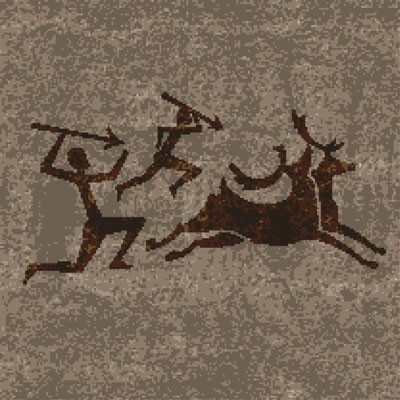 Our brains evolved to keep us alive in a time when the law was “eat or be eaten.” It is up to us to evolve our thinking if we want to survive today’s more rapid rate of change.

In that world, it paid to be conservative because conservative worked. Questioning the status quo truly was dangerous. “Better” can be the enemy of “good enough,” and while thinking was great, try to be too clever, and you might not survive to become anybody’s ancestor!

…but that’s not the world we live in today.

So evolution added to the box around our brains. It’s difficult to break free of tradition, groupthink, conformity, and tribalism because they are hard-wired in. Which is all well and good, were it not for the fact that we don’t live in the Pleistocene anymore.

When faced with a challenge, millions of years of evolution scream at us to hold tight to traditional beliefs and behaviors. But heeding that cry in today’s world could be our downfall. Modern humans see more change in a month than our ancestors saw in many lifetimes. Fighting a rearguard action against an inexorable tide of changing social, economic, and technical realities is a pathway to irrelevance — or worse.

The stakes are high. Today our species shares a globally connected and interdependent planet. Huddling with our tribe and snarling at the shadows might scare off a lion hiding in the bushes, but threats like overpopulation, global warming, or the ecosystem’s destruction don’t frighten so easily.

The human brain came of age inside a box. It also evolved the ability to break out of that box when it needed to. We’ve done it before. But taking control of our own drives and instincts cuts a lot closer to the bone than rethinking Newtonian physics.

Our fate is in our hands. Time will tell if we are up to the challenge.

Brains in a Box ^ Pleistocene thinking in a post-Pleistocene world  © Dr. Jeff Hester
Content may not be copied to other sites. All Rights Reserved.