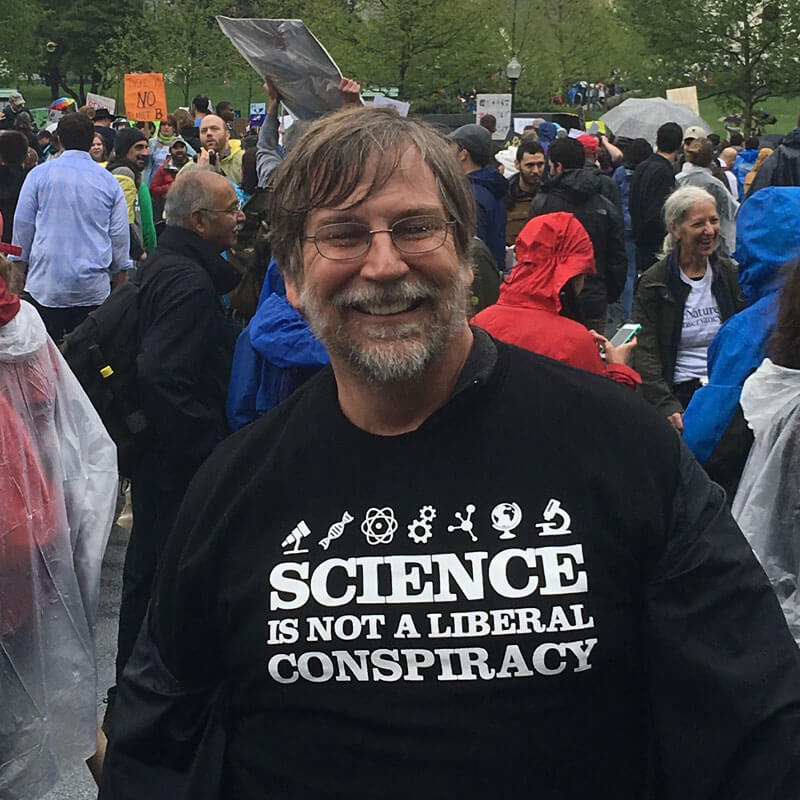 Science, politics and a march in the rain

On a cold day in April, 2017 scientists gathered in Washington DC and cities around the world for the March for Science. Their message was a single powerful idea. Truth is not a political expediency. Reality cannot be ignored. In the year that has followed the vital importance of that message has only grown.

On April 22, 2017, I was one of 40,000 people who gathered near the Washington Monument for the March for Science. The weather that day was rainy and cold, a good match for the concerns that had brought us together. Even so, spirits were amazingly upbeat. It felt more like a party than a protest. Not even the occasional heckler promising eternal damnation could provoke much other than a smile and a wave.

At the start of every disaster movie there is a scientist being ignored.

Hand-drawn signs were as nerdy as they were ubiquitous. I think my personal favorite was, “At the start of every disaster movie, there’s a scientist being ignored.” Marching down Constitution Avenue toward the Capitol, people joined voices in call and response to a drummer’s cadence. “What do we need?” “Evidence-based policy!” “When do we need it?” “After peer review!”

Hardly a pithy political slogan, I know. What can I say? Political activism isn’t really our gig, and to be honest, scientists aren’t very good at it. It’s nowhere near as cool as the stuff going on in the lab! But more and more scientists are discovering that even they have their limits. When it sinks in that the White House prefers “alternative facts” to the real thing, and will fervently declare that 2 + 2 = 4 is “fake news” if they want it to equal 5 instead, a scientist’s head is likely to explode. When that happens, the next question is what to do about it. 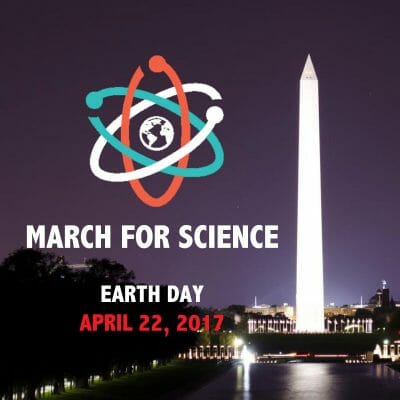 On April 22, 2017, 40,000 people gathered in Washington DC to support science. They were joined by many thousands more in cities around the globe.

Some scientists wring their hands about not politicizing science. “If we just stay above the fray and explain ourselves calmly and clearly,” they insist, “people will flock to our oh-so-well-reasoned arguments.” Really? You’ve been trying that for a while now. How’s that working out for you? Ummm . . . didn’t think so.

That statement is as true for scientists as it is for anybody else. Scientists search for real answers because we are emotionally invested in knowing what those answers are. Of course we look at all of the data! Of course we challenge our ideas! Evidence and reason matter!

Or at least they matter to us. We feel those emotions as strongly as any preacher in a pulpit. What we fail to realize is that most people don’t.

The human brain evolved to help us survive. Period. In our evolutionary past, things like power, influence, and acceptance by a group mattered far more than devotion to careful review of the evidence. Today it’s not that people are incapable of understanding something like global warming. They just aren’t as emotionally attached to the whole evidence thing as scientists are. Confronted with a conflict between evidence and higher emotional priorities, most people will eighty-six reality in a heartbeat, and in the next heartbeat rationalize it all away.

Which brings us to why the March for Science was such an uplifting event.

There we were, standing in the rain with our T-shirts and our signs, protesting against policies that promise dire consequences for the nation and human civilization as a whole. Today’s scientists are the descendants of Cassandra, seeing the devastation that always comes from ignoring reality, but frustrated that our voices are not being heard.

Yet our spirits were joyous! Scientists are reality junkies. We get high on knowledge, and on the adventure of pulling back the curtain to discover how the universe works. There was an emotional bond spanning the globe that day. Crowds gathered to declare their common support not for one issue or another, but for something they all held sacred — seeing the world as it is.

The March for Science must be more than an event.

Science is powerful, and the world desperately needs scientists to raise our voices and demand to be heard. The March provided scientists with a taste of what it is like to set aside differences and join together, arm in arm, in defense of reason. Such camaraderie feels good to us naked apes. The March also sent many onto the battlefield upon which hearts and minds are won and lost. Those battles are emotional, they are strategic, and they are political. It is unscientific to pretend otherwise. 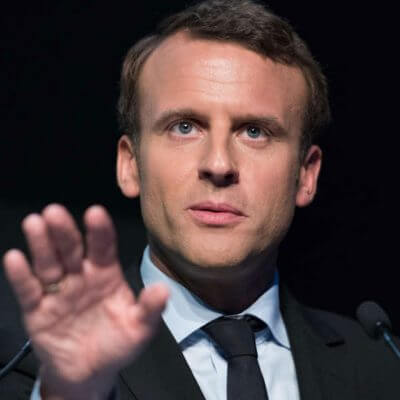 Soon after Donald Trump took office as US President, French President Emmanuel Macron invited US climate scientists to come to France where their work would be supported and listened to. During his April 2018 visit, Macron spoke before the US Congress in very pointed terms about the dangers of the new Administration’s anti-science policies. (Photo: IFLScience.com)

A year has passed since the first March for Science and smaller second annual events have been held. Unfortunately, in the year since this article originally appeared in Astronomy Magazine the situation has gotten far worse rather than better.

In a recent piece I discussed efforts to strip science from NASA’s mission. Perhaps the most egregious attacks on science come from EPA head Scott Pruitt who has consistently worked to undermine the mission of the agency. Since taking office, he has rolled back regulations responsible for protecting clean air and clean water and preventing spills of toxic chemicals into the environment. He has gotten rid of the advisors who understand the science behind the agency’s mission, and now imposed rules that remove a great deal of established science from EPA policy making.

Meanwhile, climate change denial is reaching a fevered pitch in Washington, as reflected by President Trump’s January tweet, “In the East, it could be the COLDEST New Year’s Eve on record. Perhaps we could use a little bit of that good old Global Warming…” (The reality is that global warming is responsible for changes in atmospheric circulation in the Arctic, which in turn result in unseasonably cold masses of Arctic air moving into the Northeast US.)  In the mean time, 2017 was the third hottest year on record, behind 2016 and 2015, and the hottest year ever without an El Niño.

I’ll be perfectly honest. This is a critical moment in the history of human civilization for a host of reasons that trace back to our inability to face reality on its own terms. Windows of opportunity for action on numerous fronts are closing rapidly. I remain hopeful, but absent a radical change in the anti-science policies of current political leadership in the United States I fear for our future.

My comment to my colleagues in science is that the time for niceties has passed. It is time to speak out with force and conviction at every opportunity!

Cassandra Smiling ^ Science, politics and a march in the rain  © Dr. Jeff Hester
Content may not be copied to other sites. All Rights Reserved.