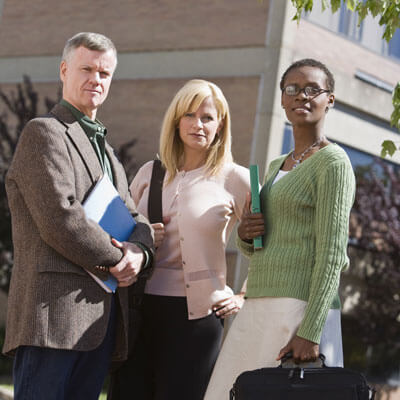 The profile of the perfect faculty member reads, “most likely to burn out.”

Faculty members are a university’s most precious resource. As universities adapt to changing times, that resource is increasingly at risk. It needs to be protected – and protected from itself.

I recall my first day as a young faculty member. I had survived the battle! I had outstripped the competition! I was tenure track!

But sitting in my new office among unpacked boxes, I felt a bit like Robert Redford in the closing scene of The Candidate. Having won a hard-fought uphill campaign, the young Redford turns to his political advisor with a deer-in-the-headlights expression and asks, “What do we do now?”

One big difference is that while Redford had a political advisor, I had precious little counsel other than my own. My professional life was already a whirlwind. Now there was a huge stack of new duties and expectations piled on, most of which I had never been trained to handle. And then there were the politics…

Expectations where clear – be excellent across the board!  And the clock had started. In six years it would be up or out. Everything that happened in the mean time was pretty much up to me.

The Profile of the Perfect Faculty Candidate…

If you have ever been part of a university, you know what competitive faculty candidates look like. They are an idealistic lot. If they were after the money, they would be doing almost anything else.

They are there because of their passion. In a moment of candor they might call their chosen field a calling. Brilliant and internally motivated, they want to make a difference.

A lot is expected of faculty, but that’s OK. They expect a lot of themselves. A sixty-hour workweek is more the rule than the exception.

In the corporate world those with their qualifications would have administrative assistance. But in Academia there are just no resources for support. The unwritten job description is, “if it needs doing, you do it.”

…Reads, “Most Likely to Burn Out”

Idealistic, caring, self-motivated, hard working but often poorly utilized – we all know what that looks like. But the thing is, I didn’t get that list of qualities from a description of the ideal faculty member. I got it from a clinical description of the professional most likely to experience career burnout!

There was a time when the university environment was a haven for such people, but times have changed. As universities have become more and more corporate in their organization and expectations, they have also become breeding grounds for burnout. Burnout is now as common among faculty as it is among other professions. And it is still climbing.

It doesn’t end with tenure. Typically, post-tenure review is a beat’em-with-a-stick approach to senior faculty who have reached their limit. Except instead of talking about victims of chronic job-related stress, faculty who have burned the candle at both ends for far too long are called “deadwood.”

Corporations have come to recognize burnout as a threat to their investment. A 2001 study found that job stress costs U.S. industry more than $300 billion a year. There is little wonder that corporations increasingly work to identify and remediate burnout in its early stages.

It seems obvious that Universities should also want to protect their most important investment and resource – their faculty. Even so, inside Academia burnout is seldom acknowledged for what it is, and is dealt with poorly if at all.

As the Chancellor of a major university system recently commented to me, more often than not, efforts like peer mentoring are the blind leading the blind. For their part, faculty members often embody a combination of ego and insecurity that keep them from seeking help or even acknowledging there is a problem.

Instead of proactively dealing with the issue, there is only the sad comment that “Professor Smith just can’t cut it anymore.” There is the sign on the office door reading, “The beatings will continue until morale improves.”

Meanwhile the best and brightest hide their stress and keep up appearances, even as the passion and joy they once felt for their work turns instead to depersonalization, frustration, depression and cynicism. They fail to recognize themselves as victims of one of the century’s most rapidly growing chronic health problems, or that help might be available.

Ivory Tower Burnout ^ The profile of the perfect faculty member reads, “most likely to burn out.”  © Dr. Jeff Hester
Content may not be copied to other sites. All Rights Reserved.