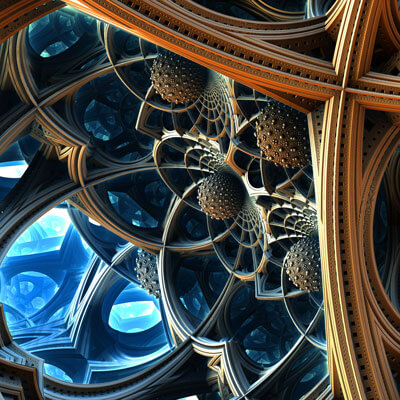 Reality need not conform to our preferences. To complain that multiverses are “outlandish” or “unscientific” is to ignore the history of scientific discovery.

When quantum mechanics was young, scientific giants of the day went toe to toe over the unquestionably bizarre, almost preposterous new theory. For Albert Einstein, wave functions and indeterminate outcomes just didn’t smell right. He famously declared, “God does not play dice!” Niels Bohr is said to have responded with equal bravado, “Albert, stop telling God what to do!”

Multiverses may seem outlandish, but then so did quantum mechanics.

For those acquainted with the tumultuous birth of quantum mechanics, today’s debates over the existence of multiple universes might inspire a feeling of déjà vu. Physicists like Stephen Hawking and Max Tegmark see multiverses as unavoidable. Others like Peter Woit counter that the idea is not only wrong, but a threat to science itself. To multiverse or not to multiverse — that is the question. This is fun stuff!

Multiverses may seem outlandish, but they are hardly misbegotten brainchildren of demented theorists. From the physics of the Big Bang, to the flatness of the observable universe, to the mass of the Higgs boson and a paucity of particles seen at the European particle physics lab CERN’s Large Hadron Collider, to the ambiguous fate of Schrödinger’s cat, multiverses arise from promising efforts to fill gaping holes in the foundations of physics and cosmology.

If multiverses are such a powerful idea, why do some people wish them a speedy and ignominious death? While there are certainly outstanding scientific questions, some of the most passionate critics focus on more philosophical concerns. In particular, some insist that absent falsifiable predictions, multiverses have no place in science at all.

I understand that concern. If you’ve read my past columns, you know that falsifiability is a really big deal with me. Scientific knowledge is built on testing falsifiable predictions. But that is not the same thing as saying that everything we know can be or needs to be tested directly.

Multiverse theories do not “break” science.

Quoting Alfred North Whitehead: “There are no whole truths; all truths are half-truths. It is trying to treat them as whole truths that plays the devil.” When it comes to falsifiability, like it or not, gray areas exist. Scientists routinely accept necessary consequences of well-tested theories, regardless of whether those consequences are independently testable. Cosmology is a case in point.

The whole science of cosmology rests on the untestable claim that our observable universe lies buried within a vastly larger universe filled with stars and galaxies that we can never see. We know those galaxies are there because well-tested theories rely on them. Multiverses may be different in degree, but they are no different in principle. Sorry, but if you want to restrict science to things that we can directly observe, you are out of luck. That ship has sailed.

The fact that we can’t see multiverses doesn’t mean they don’t exist, nor is talking about them a threat to science. Karl Popper, the father of falsifiability himself, noted that unfalsifiable statements can still be true, and even if not true can still be scientifically useful.

David Deutsch is a pioneer in the emerging science of quantum information. He says that everything he does depends on one particular multiverse, Hugh Everett’s “many-worlds interpretation” of quantum mechanics. Regardless of whether it exists, without the idea of Everett’s multiverse, quantum computers, quantum encryption, and quantum teleportation might have yet to be invented. 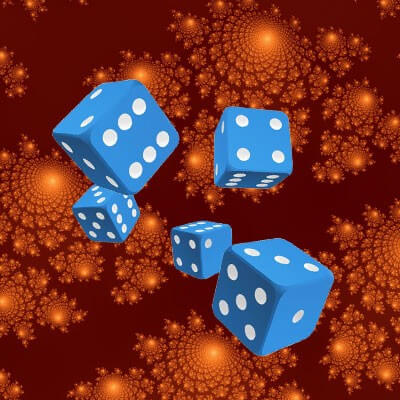 The universe has a habit of ignoring human ideas about what is reasonable and what isn’t. Even Albert Einstein hated the counterintuitive non-deterministic universe of quantum mechanics, insisting, “God does not play dice!” But in a way, Einstein might yet turn out to have been correct, because according to some multiverse theories, every possible outcome of the rolled dice is as real as any other. God may not roll dice, but neither does he choose.

The lesson of cosmology has always been, “There is more out there than we thought there was.”

Certainly the philosophical implications of multiverses are profound. From the moment that Copernicus dislodged Earth from the center of creation, scientific progress has gone hand in hand with an ever-expanding concept of the cosmos. Multiverses represent the ultimate culmination of that journey.

In most multiverse theories, every universe that can exist does exist, has always existed, and always will exist. The question of, “why this universe” is meaningless. Of course we find ourselves in a universe suspiciously well suited for life. Where else could we be? Einstein could be right. Perhaps God does not play dice, but neither does he choose!

Demanding that existence limit itself to what humankind can directly observe is pretty egotistical, a bit like the medieval insistence that Earth is the center of all things.

Not Science Fiction ^ Three cheers for multiverses!  © Dr. Jeff Hester
Content may not be copied to other sites. All Rights Reserved.