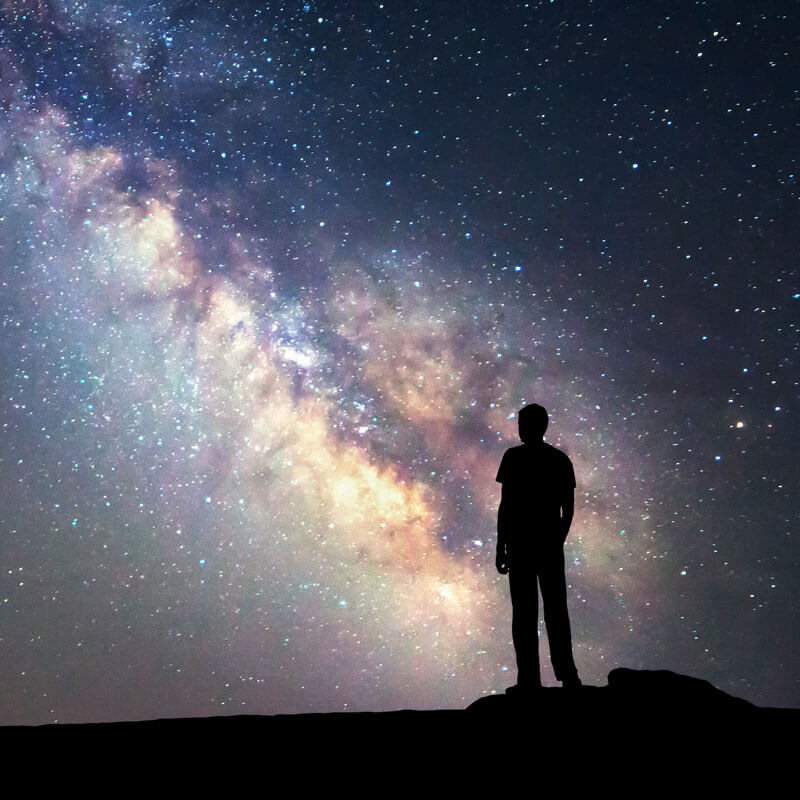 To all the amateurs out there, thanks!

Written by Dr. Jeff Hester. Modified on May 14, 2017. Posted in For Your Consideration

Looking at room full of amateur astronomers, gathered for the Okie-Tex Star Party under the spectacularly dark skies of the Oklahoma Panhandle, I am reminded of my own roots and those who helped me discover the universe.

Some years ago I was at a party when a guy introduced himself and said, “Wally told me that you like astronomy!” A mutual friend knew that he was an amateur astronomer and had told him, “You really ought to talk to Jeff Hester.”

“Astronomy?” I replied, somewhat puckishly. “I suppose I have some passing interest in the subject.”

I recognized the look. My new friend beamed! Maybe he would get to talk about his passion after all, without his family reading him the riot act for killing an otherwise perfectly enjoyable party! 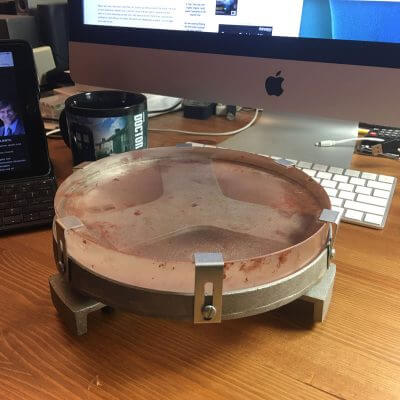 An unsilvered 8-inch f/8 telescope mirror that I ground and polished by hand when I was a teenager, complete with stains from polishing rouge. It still sits in my office, a reminder of where my career as an astronomer really started.

Remembering a friend, a homemade telescope, and some long, cold nights.

I’ve been there. My own passion began as a kid when I first looked through a 3-inch dime-store refractor in a friend’s backyard. I still recall Steve sitting there proudly in the dark next to his new window on the universe. And the blurry image of Saturn and its rings in the eyepiece of the tiny telescope was just about the coolest thing I had ever seen.

Steve, who was a few years older than me, quickly got serious about the hobby. He built a 6-inch Newtonian reflector and a German mount that we used to explore the sky. I went on to build telescopes as well, and I still have an 8-inch mirror that I ground and polished by hand sitting in my office. But that 6-inch Newtonian is where I cut my teeth as an astronomer.

That is where I got my first experience with astrophotography. Instead of a drive motor, the right ascension axis of the telescope was geared with a crank that had to be turned by hand at one revolution per minute for the telescope to track properly. I have fond memories — or at least memories — of sitting on frozen ground in the wee hours of cold Oklahoma winter nights, holding a watch next to the telescope and turning the crank to match the motion of the second hand. Steve looked through the eyepiece and made minor corrections.

Sometimes Steve played drive motor and I kept the guide star next to the illuminated crosshairs, but I’ll be honest. It was his telescope, and I usually wound up with the grunt work.

The grounds of the Okie-Tex Star Party near Kenton, Oklahoma, in the state’s panhandle, offer a setting just right for camaraderie and sharing the wonders of the sky.

I started out as an amateur, and with the help of amateurs.

I was appreciative on a deeper level as well. I never would have wound up in astronomy without the guidance and encouragement of amateurs. I grew up during the space race, and was all about rockets and astronauts. But what got me seriously hooked on astronomy was a Merit Badge program offered by the Kirkpatrick Planetarium and taught by members of the Oklahoma City Astronomy Club.

That program sparked the interest of our whole troop. We even went on to win top honors at the state Scout-O-Rama for a booth that featured a homemade planetarium, a selection of telescopes, some astrophotography, and a bunch of kids who knew their stuff.

Speaking at the Okie-Tex Star Party was a return to my roots.

All of that came back to me when I was invited to give a talk at the Okie-Tex Star Party last fall. Amateurs are always a fun group to talk to; it’s nice to have an audience that gets your jokes! But mostly I accepted the invitation to hang with a bunch of amateur astronomers under the almost obscenely dark skies of the Oklahoma panhandle to remember my own roots, and to say thanks. 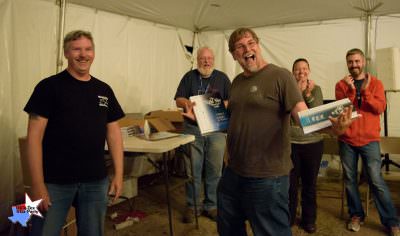 Mostly, speaking at the Okie-Tex Star Party was a lot of fun. As icing on the cake, I even became the proud owner of a copy of The Night Sky Observer’s Guide as a door prize!

That’s the point of this column, as well. Were it not for people like many of the readers of Astronomy magazine, my life would have taken a different course. When your clubs go out and put on public events and you let kids look through your telescopes, your enthusiasm shines through. That matters. I know, because it mattered to me.

So there it is. Thank you!

What telescope do I use?

Back to the party: My new friend was clearly enjoying his audience. His swollen chest was almost popping buttons as he confided in me that his setup was the envy of his club! He couldn’t quite hide his sense of superiority when he finally asked, “So, what telescope do you use?”

I would like to say that I was gracious at that point. I probably should have thanked him for all that amateur astronomers do and had done for me. But alas, I’m afraid that I just couldn’t pass up the opportunity.

“What telescope do I use? Well, mostly I use Hubble …”

Oklahoma Skies ^ To all the amateurs out there, thanks!  © Dr. Jeff Hester
Content may not be copied to other sites. All Rights Reserved.