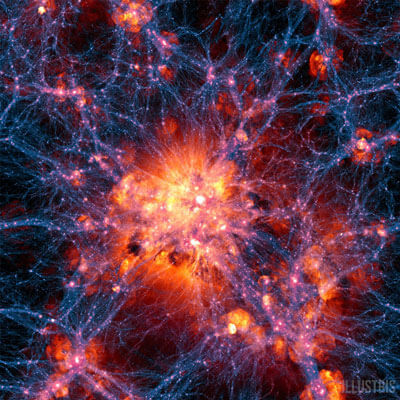 Our Roots in the Cosmos

There’s nothing mythical about this creation story.

For the first time in history we can tell the story of our existence beginning with the origin of the universe, and ending with you sitting there reading this article. And an amazing story it is!

Republished from my Astronomy Magazine column, For Your Consideration.”

We are alive at a remarkable moment in the history of humankind.

Count yourself lucky! Not everyone can say they were present at the moment humankind’s conception of itself changed. But you can.

Since the dawn of history, humans have built whole civilizations around myths and fables linking our existence to a mystical celestial realm. And yet in the end it took less than a lifetime to overturn that whole framework and replace it with something radically different: real answers.

The last few decades have seen sweeping changes not only in astronomy, but in every scientific field from biology and geology to particle physics and information theory. Drawing on insights from all of those fields and more, we have traced our own cosmic journey back to the beginning of time. That story doesn’t hinge on appeal to authority or interpretation of revealed truth. There are things left to learn, but there are no glaring failures that have to be swept under the rug. Each chapter is grounded firmly in hard-won knowledge, wrested from the universe through the potent combination of human creativity and the unforgiving standards of scientific knowledge.

Cosmology is the envy of historians.

At this point, a historian might raise an eyebrow. “Sure, if you want to know about ancient Greece, you can visit ruins; you can study artifacts; you can read Homer. But history is always open to interpretation. It’s not like you can sit down with an engineer and go over a video of them building the Parthenon!”

Historians might have to put up with such annoying limitations, but astronomers and cosmologists do not. When you look at the center of the Milky Way, you see it as it was 27,000 years ago, during a time when our ancestors were Cro-Magnons living in caves in Europe. Turn a backyard telescope on the Virgo Galaxy Cluster, and you are looking back almost 66 million years to the time when an asteroid impact ended the 160-million-year reign of the dinosaurs.

So it goes, all the way back to the birth of the universe itself. When we look at the sky’s dim microwave glow, we see the universe as it was 13.8 billion years ago. There is no trick here, no twisted meanings. An image of the microwave sky is literally a baby picture of the cosmos.

Calculating the universe, from soup to nuts.

Last year saw one of the most extraordinary results in the history of science. That result came not from a powerful new telescope or high-energy particle accelerator. Instead, it emerged from 19 million CPU hours of supercomputer time spent doing physics calculations. 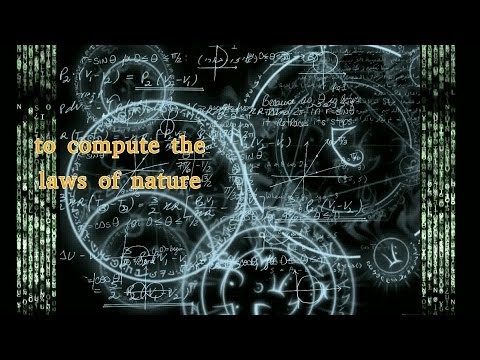 Beginning with the Big Bang, the Illustris Simulation uses physics to calculate the evolution of stars, galaxies and large-scale structure in a piece of our expanding universe.

The Illustris Simulation is no less than an effort to calculate the evolution of the universe. The calculations started with the conditions in the early universe (remember that baby picture?), along with well-understood rules like general relativity and the physics of star formation and evolution. Then computers turned the crank in cold, methodical fashion, following what happened over the next 14 billion years. When it was done, the computer showed large-scale structure much like what we see in today’s universe and galaxies so realistic that even experts have trouble telling them apart from images of the real thing.

Here is what we know. Start a universe like ours was in the beginning. Hydrogen and helium will form in an early hot bath of matter and energy. As things cool down in that expanding universe, clumps of matter will form and ultimately collapse under the force of gravity to form galaxies and large-scale structure. Clouds of gas will collapse to form stars, and within those stars nuclear forces will build new chemical elements. Stellar winds and explosions will blow that chemically enriched material back into interstellar space. As stars continue to form, flat rotating disks will form around those stars and give birth to planets laden with new elements. And on at least one such planet (and probably many, many more), chemistry and the inexorable algorithm of evolution will lead to the rise of the remarkable phenomenon we call life.

Why will all of this happen? All of this will happen because physics works!

Science goes where reality leads, but societies and cultures don’t turn on a dime.

Indeed, we live in an extraordinary moment in the history of our species. But it truly is a moment, a historical blink of the eye. Cultures change more slowly, and this is a big change! Once we thought ourselves the products of special creation sitting at the center of the universe. Where does science get off trying to demote us to insignificant specks adrift in a vastness beyond comprehension? I can understand how some might recoil from that thought.

I can understand that reaction, but I do not share it. You see, when I look at the individual human mind, I’m blown away. In the midst of all we have seen, a spark of consciousness arose, capable of pondering its own existence. Remarkable!

The heavens might be a place of grandeur, but they are not the home of meaning or purpose. That honor resides right here, in the thoughts and experiences and aspirations of each of us.

I’ll settle for that any day.

Our Roots in the Cosmos ^ There’s nothing mythical about this creation story.  © Dr. Jeff Hester
Content may not be copied to other sites. All Rights Reserved.