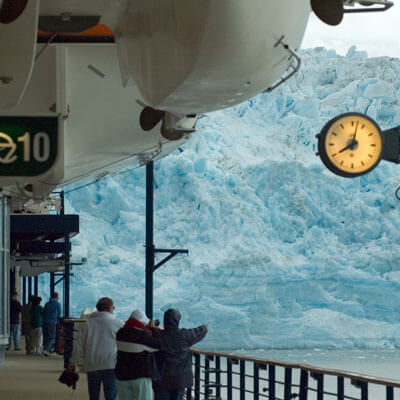 VIII. Win-Win or Lose-Lose, Our Choice

Much of the economic discussion between liberals and conservatives is an argument over how to arrange the deck chairs on the Titanic. The only question that really matters is how to keep the whole ship from going under. (The final installment in an 8 part series on Thomas Piketty’s “Capital in the Twenty-First Century.”)

Capital in the Twenty-First Century deserves the attention that it has gotten because it has changed the terms of the discussion. Piketty is impervious to ideological criticism from either the right or the left for the simple reason that he has no ideology. He doesn’t care about invisible hands or the mystical power of the individual. But at the same time he is anything but a Marxist. He has no love for planned economies, big government or the welfare state.

Piketty replaces ideology with a science of capitalism

Piketty is something very different. He is a capitalist, but instead of blindly singing the praises of free markets, Piketty looks past the rhetoric and asks, “How do capitalist economies really evolve?” He answers that question by logically examining the system, developing a theory, making predictions, and then using data to see whether those predictions hold true.

I think that is what draws me personally to Piketty more than anything else. He approaches capitalism as a physicist approaches physics. He follows evidence and analysis where they lead, and then accepts what he finds regardless of what he would prefer to be true.

The result? There is much to recommend capitalism, but that like any complex system, capitalism has flaws. The worst of those flaws is that capitalism inevitably leads to unsustainable runaway inequality.

Extreme concentration of wealth, events like the crisis of 2008, the collapse of urban centers, increasingly violent unrest among marginalized groups, collapse of the middle class, the rise of a moneyed and powerful aristocracy, the decay of democracy into plutocracy – these are not aberrations. They are not things that will go away as capitalism lifts all boats. Nor are they things that can be controlled using the traditional tools of regulation or Keynesian economics.

Conservatives, Liberals and Deck Chairs on the Titanic

Once you wrap your head around what Piketty is saying, you come to realize that most of the current heated political debate between the right and the left is really an argument over how to arrange the deck chairs on the Titanic. Those debates are pointless. The only question that really matters in the long run is how to keep the ship called capitalism from sinking and taking us all with it, rich and poor alike.

The only way to save capitalism from itself is to address the real problem directly. That means reigning in runaway inequality, period, full stop.

Runaway inequality is the enemy, regardless of who you are

If you are a libertarian you want all people to have an opportunity to participate in society and succeed on their own merits. Runaway inequality is your enemy.

If you are a fiscal conservative who prefers smaller government, you want the private sector economy to provide for people’s needs so that the government doesn’t have to. Runaway inequality is your enemy.

If you are a progressive who battles for the political and economic freedom and success of minority and underrepresented groups, runaway inequality is your enemy.

If you are a small business owner or a corporate retailer, your business depends on a healthy middle class with ample liquidity. Runaway inequality is your enemy.

If you are a member of the Chamber of Commerce, runaway inequality is the foremost threat to business and commerce in your area.

If you are the head of a wealthy family, you want your grandchildren to live in a world worth living in. You want your wealth to mean something, and you want capitalism to survive. Yes, even if you are a member of the top 1% of the top 1%, ultimately runaway inequality is your enemy too.

In short, if you are anyone who thinks that capitalism is the superior economic system and who wants to see it survive and thrive, then the runaway inequality that inevitably arises in a capitalist system is your worse enemy.

If Runaway Inequality is the enemy, that is what you have to address

So what can be done about runaway inequality? The best answer would be for those in possession of large piles of wealth to choose to drastically reduce their own compensation, drastically increase employee salaries, use their wealth to construct public infrastructure, and increase their philanthropy.

In short, the idea situation would be for the wealthy to choose to put significant fractions of their wealth back into the economy. The return on that investment would not be further wealth. Instead, the return would be a healthier political, social and above all economic climate in which to live and do business.

Unfortunately, in the real world that won’t happen, leaving it to society as a whole to act.

To secure these rights, Governments are instituted among Men

“We hold these truths to be self-evident, that all men are created equal, that they are endowed by their Creator with certain unalienable Rights, that among these are Life, Liberty and the pursuit of Happiness. – That to secure these rights, Governments are instituted among Men, deriving their just powers from the consent of the governed…”

Piketty talks about what such a program would look like. It would need to include significant taxes on accumulated wealth. It would need to include very high marginal tax rates on upper incomes. Tax cuts for the wealthy are exactly the wrong policy if you want capitalism to thrive. Addressing runaway inequality might even include purposeful use of inflation to reduce the real value of accumulated wealth.

In one sense it makes little difference how that money is spent. The important thing is that runaway inequality is kept in check. But there are obvious things to do with it. We live in a nation and world of crumbling infrastructure. Rapidly changing times require continuous reeducation of a workforce. The research needed to lay the foundation for tomorrow’s advances is both inherently risky and typically does not offer the kinds of short-term returns needed to attract private investment.

These are things that the invisible hand of the market does not do so well, but they are all necessary for the health of the economy. Paying for them using accumulated wealth is win-win. It keeps the economy going by reigning in inequality, while at the same thing keeping the economy going by strengthening the infrastructure upon which economic prosperity depends.

The ship is seriously listing. If we don’t want it to go down, it’s probably time that we stop arguing and start bailing.

Saving Capitalism from Itself ^ VIII. Win-Win or Lose-Lose, Our Choice  © Dr. Jeff Hester
Content may not be copied to other sites. All Rights Reserved.