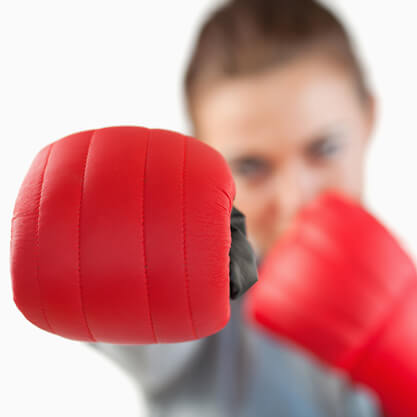 It can feel really good to call someone out when they cross a line. But if you want to accomplishing something positive, tweeting from the hip is probably the wrong way to go.

Once upon a time, when the Earth was young, all mail was snail mail, and the only way to put your thoughts in front of the masses was to persuade a newspaper to give you a column inch or two on an editorial page. In those mythical days of yore it was difficult to turn the urge to tell someone to take a long walk off of a short pier into an open letter to the world. On balance, that was probably a good thing.

Righteous indignation, instant gratification and the joys of social media – Today’s gunslingers tweet from the hip

Of course, those days have long since passed. With the newfangled interwebs and the uncontrolled sociological experiment known as social media, a visceral reaction can become an incendiary message spreading out across the globe in seconds. “He said WHAT???” can turn into the shot heard round the world long before the prefrontal cortex can even raise its hand to ask, “Are you sure about that…?”

I know about such things because I’ve been there. Over the years I’ve tossed more than my share of those grenades over the wall. I’ll admit it. Righteous indignation can feel good! I like to think that I have reined that tendency in, but the temptation can be hard to resist. After all, what are late nights on Facebook for?

Calling someone out might not be your best bet

The urge to react can be especially strong when it surrounds a larger issue that affects us directly and about which we are passionate. When something cuts close to the bone our immediate reaction can be to call someone out. We love the smell of the smoking barrel of a well-aimed Twitter post. There is also entertainment value in a good gunfight, and what better to consecrate moral high ground than the blood of a villain?

As a professional coach I talk to clients about these kinds of issues frequently. Something is said or done that gives offense or shows a lack of sensitivity, and the client is left needing to respond. Sometimes a client wants to explore ways to approach the issue. Those conversations can be very productive. But sometimes a client is looking for a way to do damage control after reacting in haste. Quite often, once you open your mouth the best you can do is break even.

Rule Number One: When you really want to hit send, don’t.

Here are a few thoughts that might be useful the next time someone or something pushes your buttons.

I saved the most important thing for last. Suppose that you want to use another’s faux pas to call attention to an issue in a way that will bring awareness, support and action. Then the best possible outcome, by far and bar none, is if you can turn your transgressor into a friend and collaborator. This is especially true if the original transgression was not ill intended, or if you know or have some relationship with the transgressor.

If your transgressor crossed the line just by being clumsy, or because they didn’t understand where the line was in the first place, there is a pretty good chance that they will feel bad about it when you point it out. There is no need to put them on the defensive by shaming them in public. Even if you don’t make them an enemy outright, you have certainly made any future interactions you might have more uncomfortable and probably less productive.

What might happen if you approached them calmly and in private? Instead of attacking them, let them know what the issue is and why you think it worth raising. The more personal you can make the contact, the better. Don’t just email; pick up the phone. Or don’t just call; knock on their office door. Invite them out for a drink. And when you do, have your own feelings in check. Given a chance, they will probably be on your side, and if so might be willing to help you orchestrate a response.

You: So-and-so, you crossed a line! That really was grossly insensitive!

You: If you are going to apologize, at least sound like you mean it!

The Masses: You go!

More of The Masses: What are you on about, anyway? Geeze.

So-and-so: Without really thinking about it, I crossed a line the other day. This stuff matters, and I should have known better.

You: I’d like to thank So-and-so for being so stand-up. People are sensitive about this because it affects their lives. Here are some thoughts…

The Masses (hopefully): You are right, this does matter.

There are no guarantees that this will work, but if it does everybody wins. Even if it doesn’t, your own claim to the high ground will be stronger. And So-and-so will be an even better target when you call them out later! 😉

There are lots of ways to show insensitivity. It might be what someone says, or leaves unsaid. It might be what they wear. It might be who they invite or who or what they leave out. It might be a decision that they make. The list of ways to give offense is endless. Even people of good intention cross those lines. It is unfortunate when that happens, but it can also be an opportunity to bring positive attention to an issue that you care about. How you use that opportunity is up to you, but the choice is worthy of some thought.

Think Before You Tweet  © Dr. Jeff Hester
Content may not be copied to other sites. All Rights Reserved.